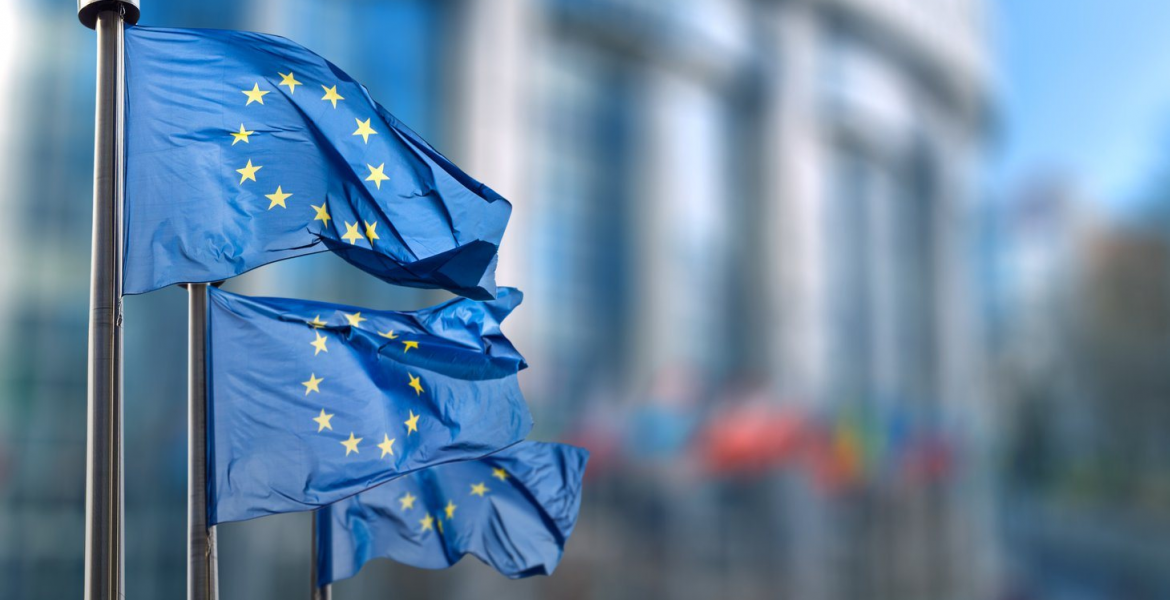 Uzbekistan takes an active part in the regularly held European Union – Central Asia Ministerial Meeting (the 17th was held on November 22, 2021 in Dushanbe). Since 2013, the annual EU-Central Asia High Level Political and Security Dialogue is being held (the last one was held on May 17, 2022 in Brussels).

The legal framework of Uzbek-European relations consists of 15 documents. According to the Partnership and Cooperation Agreement, the most-favored-nation trade regime has been established with the EU countries.

In 2019, a new EU Strategy for Central Asia was adopted, which emphasized the growing importance of our region for the EU, given its geographical location and key role in connecting Europe and Asia, its energy resources, as well as significant market potential (more than 70 million inhabitants, 35% of whom are under 15 years old).

The changes that have taken place in relations between the countries of our region were succinctly outlined in the speech of the President of Uzbekistan at the summit held in Astana. Thus, as a result of joint efforts, a completely new political atmosphere has been formed in Central Asia. Previously, the borders with individual countries of the region were closed, mutual trade practically did not develop, there were no stable communications, transport links, and active humanitarian exchanges.

Since then, a visa-free regime has been introduced, all checkpoints have been opened, flights and ground transportation have been expanded. Uzbekistan’s trade turnover with the countries of the region has grown almost 2.3 times in 5 years from $2.73 billion in 2017 to $6.35 billion in 2021, cooperation ties are being strengthened, joint investment companies have been established. An effective mechanism for regular Consultative Meetings of the Central Asian Heads of States has been established.

Assistance in carrying out reforms
The European Union has repeatedly praised and expressed support for reforms in Uzbekistan over the past 5 years. On October 19, 2022, at a meeting in Tashkent, the EU Special Representative for Central Asia Terhi Hakala said that “the European Union highly appreciates and consistently supports the continuation of the program of irreversible reforms in the New Uzbekistan.”

At the same time, the EU provides very active support to the ongoing reforms through various technical and financial assistance programs. In accordance with the Multiannual Indicative Programme2014-2020 for Uzbekistan, the priority areas of assistance were the development of rural regions to address employment issues, improving well-being, food security and protection of natural resources. The EU allocated €168 million under this program.

In 2021 the EU has adopted a new Multiannual Indicative Program 2021-2027 of financial assistance for Uzbekistan, within which €83 million will be allocated for technical assistance programs in such areas as effective governance and digital transformation, inclusive, digital and green growth, the development of smart environmentally friendly agricultural production and others.

Since 2020, the EU has been financing the project Assistance to Uzbekistan’s Foreign Trade, which provides technical assistance to implement the necessary procedures for Uzbekistan’s accession to the World Trade Organization.

Expansion of economic ties
Speaking about economic cooperation with the EU countries, the President of Uzbekistan noted that “the dynamics of the growth of trade turnover with the EU countries after the inclusion of our country in the preferential trade system GSP+” is impressive. It should be clarified that Uzbekistan has fulfilled all the EU conditions, including the ratification of 27 international conventions, in order to obtain the status of a beneficiary of the GSP+ system, as a result of which, from April 10, 2021, the EU has started to apply preferential tariffs on goods imported from Uzbekistan under this system. As a result, in 2021 exports increased by 33.4%, while imports decreased by 4.7%. In 2021, the EU countries accounted for 9.2% of total trade turnover, 3.3% of total exports and 13.0% of total imports of Uzbekistan.

Since 2017, the European Investment Bank and the European Bank for Reconstruction and Development have resumed cooperation with Uzbekistan, which has contributed to the growing interest of European investors in working in Uzbekistan. Thus, the number of joint ventures with the participation of the capital of European countries has increased 2.4 times since 2017 from 440 to 1052 enterprises, of which more than 300 with 100% European capital.

But the present indicators, “in absolute terms, do not yet correspond to the existing significant opportunities,” the President noted in his speech. For their more complete implementation, it is necessary to ensure compliance of our industrial goods with European standards and technical regulations, to form effective transport and logistics corridors to EU markets, primarily the Trans-Caspian International Transport Route, to carry out marketing actions so that goods from Central Asian countries are in demand by European consumers. The President also noted the great need in our region for European investments and technologies.

Cooperation on “green” development
The European Union also contributes to the solution of issues of socio-economic development of the Aral Sea region. The project EU Contribution to the Multi-Partner Trust Fund for Human Security for the Aral Sea region is being implemented in the amount of €5.2 million. The project My Garden in the Aral Sea is also important for greening the Aralkum desert and nearby settlements by planting 27 thousand tree seedlings on the bottom of the dried-up Aral Sea by the end of this year.

At the summit, the President of Uzbekistan invited the European side to join the implementation of the Green Agenda regional program, in particular, the introduction of eco-innovations, energy-efficient and resource-saving technologies, digitalization of economic sectors, the development of “smart” agriculture with the help of the European network Smart-AKIS, the use of the potential of renewable energy sources.

Security cooperation
The EU is also making an important contribution to the security of Central Asia. The EU Border Management Assistance Program in Central Asia (BOMCA) is aimed at strengthening border cooperation and improving the efficiency of border management, assisting governments in the development and reform of state migration management, mobility and trade facilitation policies, and expanding the capabilities of border and migration agencies. In addition, within the framework of the EU Central Asia Drug Action Programme (CADAP), a dialogue is being carried out with law enforcement and law enforcement agencies of the Central Asian states to increase their capacity, study the best practices of the countries of the region in various aspects of combating drug trafficking.

President Shavkat Mirziyoyev also expressed gratitude to European partners for supporting Uzbekistan’s position on the Afghan settlement and expressed readiness to continue effective cooperation with European partners in using the potential of logistics and educational hubs in the city of Termez.

Humanitarian cooperation
With regard to the humanitarian sphere, cooperation between Uzbekistan and the EU is also actively developing. More than 80 projects of the TEMPUS educational program have already been implemented in the amount of €32.2 million. Since 2014, within the framework of the Erasmus+ educational program, 43 projects have been implemented with a budget of more than €36.6 million to increase the potential of higher education.

Speaking at the summit about cooperation in the humanitarian sphere, Shavkat Mirziyoyev proposed to implement a project on the introduction of advanced European methods of education within the framework of the Erasmus+ and Horizon Europe programs, expressed interest in increasing the number of branches of leading European universities in our countries and expressed readiness to take an active part in the implementation of the first regional vocational education project.

In conclusion, the holding of the 1st Central Asia–EU summit at the level of the Heads of Central Asian States and the President of the European Council testifies to the growing importance of our region in the global architecture of sustainable development and security and contributes to strengthening the positions of Central Asia in the system of international relations.

In the current atmosphere of global political and economic instability and unpredictability, the Central Asian region, which is steadily developing and open to mutually beneficial cooperation with all other countries of the world, will continue to play an increasingly important role in world economic relations.

In September 2018, the European Union published the Strategy of Connectivity between the EU and Asia, announcing in it the expansion of ties with Asia as a new concept of economic diplomacy. The key link in the connectivity between Europe and Asia is Central Asia, which is a natural connecting node of the vast economic space of the entire continent of Eurasia.

On November 17-18 this year, Samarkand will host a conference Central Asia – the European Union: A Global Gateway on Sustainable Connectivity, as well as a Ministerial Meeting in this format. The holding of these two interregional events in Samarkand shows the strategic importance of Uzbekistan for Europe.

The Author, Obid Khakimov, is the Director of the Centre for Economic Research and Reforms under the Administration of the President of the Republic of Uzbekistan 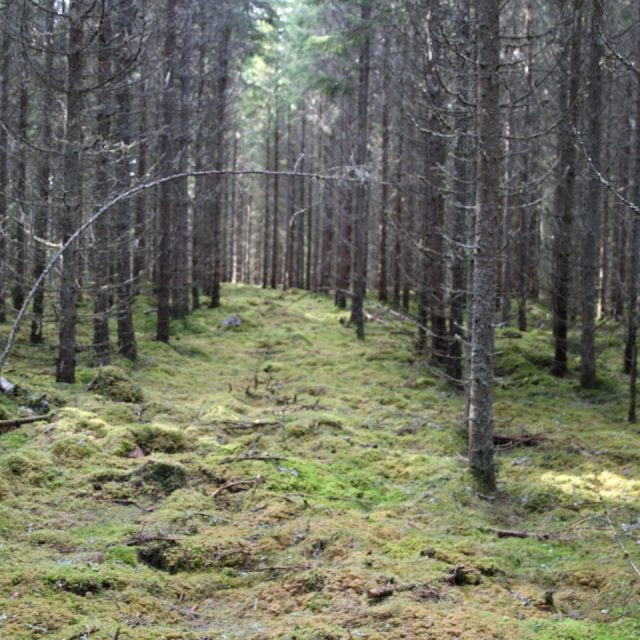