Skip to content
You are here
Home > Culture > Travellers from Europe to the UK reassured that it is “business as usual” despite continuing uncertainty over Brexit. 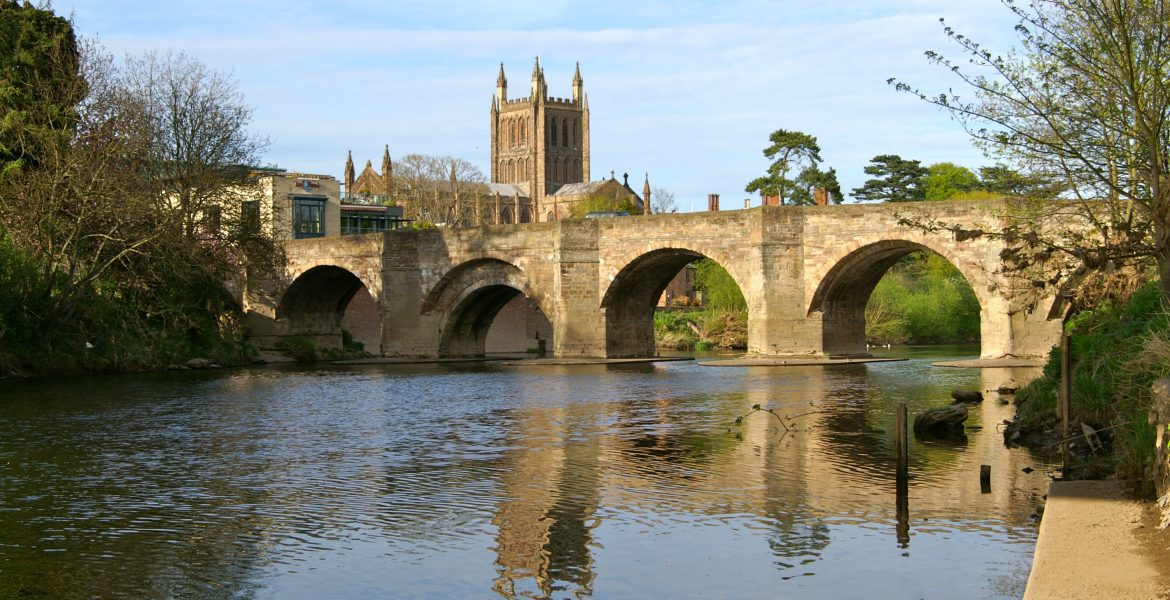 The advice, from Eurotunnel, comes with fears growing of a hard Brexit when the UK exits the EU on 31 October.

The cross channel operator has issued a statement saying its shuttles will be running as usual throughout 2019 “whatever form Brexit takes”.

The move will come as reassurance to many, not least those still thinking of crossing over to the UK for a summer break.

If you’re looking for inspiration for a vacation, look no further than one area that is often overlooked by many Europeans – Herefordshire.

One of the least populated UK regions, the area has recently become a setting for films and TV series and it’s easy to see why. This, after all, is where Mike Oldfield gained inspiration for his music and composed the follow up to Tubular Bells.

Given that the county is mostly rural and scattered across a wide area, arguably the best way of seeing it is by road. If that’s your preferred option, a good place to start is the north of the county, which borders Worcestershire, Shropshire and Powys.

This is home to the Shobdon food and flying festival, a popular annual event hosted by Herefordshire Aero club on an airfield where WW2 pilots used to train.

This year’s event featured cookery demonstrations by, among others, Andy Link who also runs the nearby Riverside Inn at Aymestrey, a 16th century building just on the edge of the Mortimer Forest.

It’s just one of the delightful black and white buildings that adorn this part of the county (there’s even a black and white buildings trail you can do). Andy took over as chef-patron in May 2016, having been head chef there for the past ten years and it boasts a “Garden Room” project – part funded by the European Agricultural Fund for Rural Development – that includes three, self-contained timber-frame accommodation “pods”.

Andy acknowledges the EU’s role in helping to finance such initiatives, saying, “Our project shows that Europe is investing in rural areas like this.”

With revenue from agriculture – the region’s traditional industry – steadily declining, local people like John and Nicki Beavan have had no choice but to diversify.

Their answer has been to invest their funds and efforts into an exciting new project of their own: a couple of treetop houses, both of which are available as holiday lets.

Nestled in some lovely countryside “Treeopia”, as the self-contained properties are called, is a retreat for those who want to escape from the rat race, taking time out to relax and unwind in idyllic and peaceful surroundings. The two recently-opened treehouses, some 10 years in the making and each with a hot tub, are built around a mature ash tree, aged about 80-years-old.

The couple, who also run a successful cabinet-making business, intend to keep the development very much small scale in order to preserve privacy afforded to guests.

A next-door-neighbour is Pensons, a terrific new restaurant whose owners received EU funding to develop their estate. Its owner,the very energetic Peta Darnley, has invested all her efforts in developing the estate and restaurant which, located in a tastefully-restored former barn, has very quickly and rightly won rave reviews for the quality of its super cuisine.

David, its Lille-born restaurant manager, will happily explain the wonderful offerings on the menu, which attracts people from far and wide. Belgians can also perhaps share his experience of previous working spells at the Sheraton hotel in Brussels.

For those exploring the county by car, following the famous black and white buildings trail of picturesque local villages with their timber-framed vernacular buildings, will lead you to Hereford, the peaceful county town and formerly home to Elgar the famous English composer. It’s also home to the Mappa Mundi which has survived 700 years and is one of the most significant historical maps in the world. It has been in the possession of the delightful Hereford Cathedral for nearly all of its life.

A fantastic base for any visit to the city is Castle House hotel, a fine boutique hotel owned by the very friendly and welcoming George Watkins, who hails (like many in this part of the UK) from a Herefordshire farming family.

Nominated by the 2017 Good Hotel Guide as one of the UK’s top 20 “Most Charming city hotels”and voted one of the top ten Best UK Hotels by the Telegraph, the hotel has 24 individually designed luxury guest rooms, eight of which are in a contemporary and tastefully designed townhouse, ideal for families, called Number 25, just a few metres away and close to the city’s famous cathedral.

Try to grab a meal at the hotel’s excellent award-winning restaurant, delightfully located overlooking the old Hereford castle moat which is affectionately known locally as the “duck pond.” The kitchen is now overseen by its highly talented Hungarian-born head chef Gabor Katona and much of the fresh produce is sourced from the family’s Ballingham Hall Farm’s kitchen garden nearby,  a classic farm to fork story. A new garden restaurant will be opening in late 2019.

The staff, like the accommodation and food, are first class, including receptionist Ben Shoesmith, who has lots of colourful local tales to tell, many derived from his father, a former archaeologist of Hereford.

While successful businessmen like George and the Beavans are local, the area is starting to lure many from overcrowded and, frankly, polluted UK cities. These include Londoners Richard and Pia Fenton, a couple who, until relatively recently, had pretty much zero links to the region.

They’re only local knowledge was limited to occasional trips for dog shows but that all changed when the couple pondered on how – and where – they wanted to spend their retirement.

The answer was Herefordshire – where else?! – so they waved goodbye to their two grown-up daughters in the capital and invested in a set of buildings, one of which has been converted into a very pleasant holiday home, called Sprig’s Granary. This is named after Sprig, the famous 1927 Grand National winner, bred on the former stud where the property is located.  The horse was bred by Captain Richard Partridge who had intended one day to ride the horse in the National but met his death before the war ended. The Granary, opposite the race horse’s stable, is now a lovely place to stay, sleeping up to six.

This part of south east Herefordshire is known as the Golden Valley, an apt name for such lovely landscapes.

Locally, Dore Abbey, a beautiful former Cistercian abbey in the village of Abbey Dore, is a “must see”, as is Kentchurch Court, just down the road and one of the county’s most-visited attractions.

Considered one of the most important historic houses in England, this is the ancestral home of the Scudamore family, a name synonymous with National Hunt racing.

The house, which also comprises a delightful public garden, dates to the 14th century although the family can trace its roots back to 1042.

The Fentons are not alone in deciding to make a new life for themselves here: so too have Richard Ireton and Sarah Hudson. Their relocation to this slightly underrated part of Britain involved an even bigger upheaval, though. They were happily settled in Sotogrande, in southern Spain, when the chance came up to snap up a real gem: The Bell at Skenfrith, a multiple award-winning 17th century coaching inn, a hop, skip and jump just over the Welsh-English border in Monmouthshire.

That was five years ago and, since then, Sarah, who formerly ran a hotel in Oxford, and property developer Richard have not looked back. Under their expert stewardship, the 11 sophisticated rooms, each charmingly named after a trout fly (fishing is a particularly popular local activity and the hotel is just beside the river Monnow) have been refurbished. Walking is also a favourite pastime here – there are many and the hotel has six of its own fully mapped, circular walks.

According to David J Vaughan’s Little Book of Herefordshire, the county has 130 castles, 178 bridges along the River Wye, 77 Sites of Special Scientific Interest and almost 2,000 listed buildings. It also has lots to offer those travelling with kids such as at Battlelands near Bacton, which is run by a local farming family who, in yet another example of local innovation, have successfully diversified in order to keep going.

Overlooking the imposing Black Mountains that divide England and Wales, the paintballing and laser games here are a great way to let off steam followed by a cool ice cream from Rowlestone Farmhouse.

And here’s something else that will particularly appeal to Belgians: the region is also known for its festivals for almost everything ranging from scarecrows to town criers. There’s even one for marmalade.

The area, which has the UK’s 5th longest river (the Wye), abounds with locals and also people moving into an area who all share one thing in common: they insist it’s a region that “ticks all the boxes” when it comes to quality of life and work-life balance.

There’s an eclectic mix of places to stay, from treehouses and townhouses to “pods” and country inns, incredible rolling landscapes and great food, including the quite splendid Herefordshire beef (nicer in this writer’s opinion than the more widely marketed Aberdeen Angus).

Indeed, while other areas might be better known to people on mainland Europe, this is one region of the UK that makes for a fab break at any time of the year.

Visitors really should also try to pick up a copy of the “Ultimate Herefordshire Guide” which is jam packed with essential advice and tips for a fantastic visit.

For those travelling by car from Belgium or mainland Europe, accessing this part of the UK is best done via the Eurotunnel, celebrating its 25th anniversary this year, which whisks you from Calais to Folkestone in just 35 minutes. There are up to 4 shuttles per hour and direct motorway access on both sides of the channel. 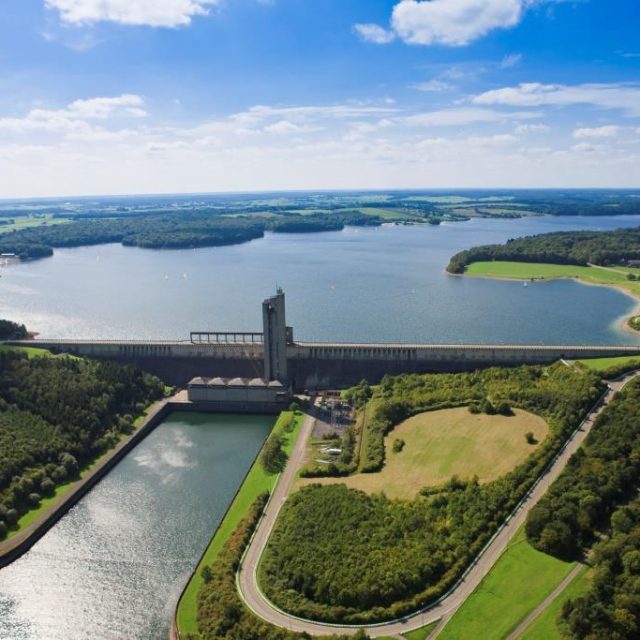 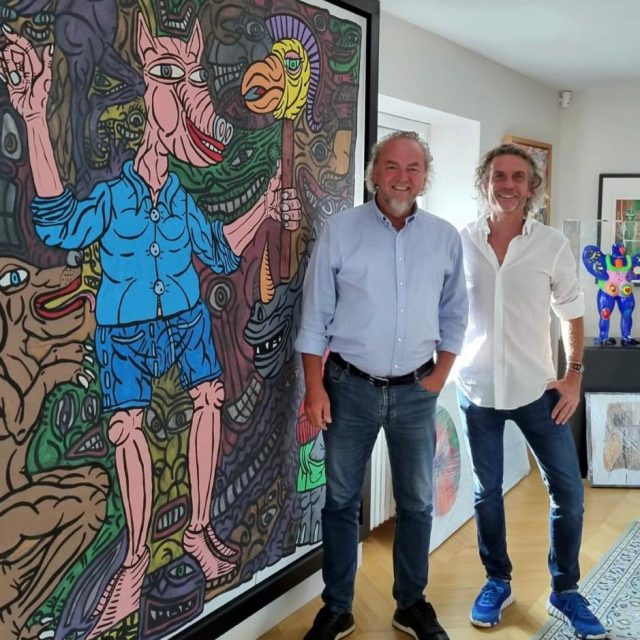 Launch of Kraemer Gallery & Inauguration of the Powder Magazine, in Sélestat 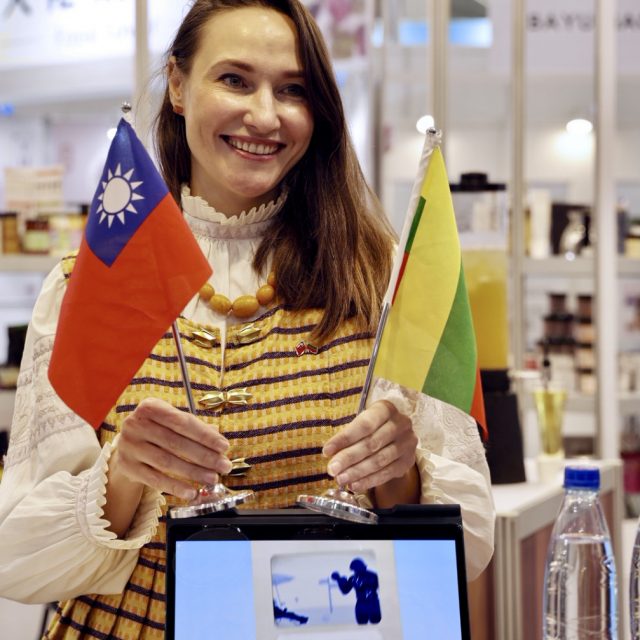