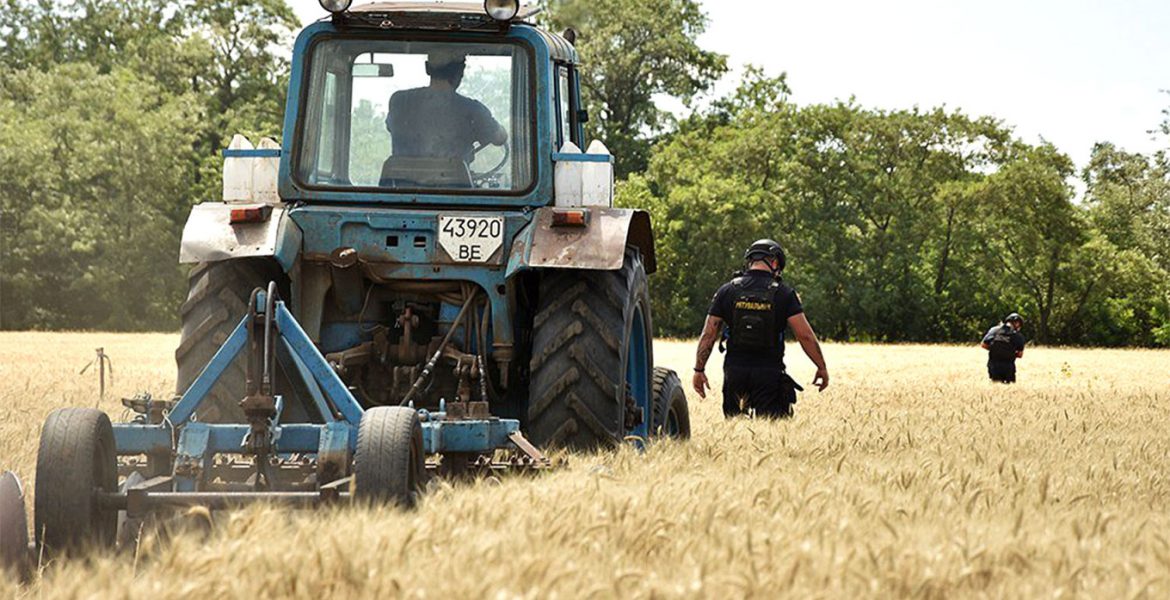 The international community has been warned it should not rely on the unconditional support of poorer nations in the war against Russia.

The stark warning came at a conference in Brussels on the Russian theft of Ukrainian grain produce and the impact this is having on international food prices.

The event, organised to highlight the fall-out from the war in Ukraine and the impact of this on agricultural production and food prices, was also told that the  “Arab Spring will look like a picnic” if problems with food production continue.

The conflict between Ukraine and Russia has halted exports, threatening world food security and caused prices of essential goods including cooking oils, fuels, fertiliser, wheat and barley to soar.

The event on 30 August comes in the wake of recent comments by US Secretary of State Antony Blinken that the US possesses “credible reports” that Russia is stealing Ukrainian grain and selling it internationally.

A major BBC investigation recently also confirmed the theft of grain and other produce from largely Russian-controlled territory in Ukraine.

One of the lesser-reported spin offs of the war is the major effect it is having on the production of fertilisers for food production.

Ukraine is a major producer of fertilisers but Western sanctions have hit the ability of some fertiliser companies’ to operate normally as in the past.

One of the keynote speakers at the event, Mukhisa Kituyi, former Secretary-General of the United Nations Conference on Trade and Development, explained what the international community can do to help to ensure food security.

He said, “Global South countries have rightly condemned the Russian invasion and this unnecessary war but the West should not take the support of the Global  South for granted.”

“I am afraid that fertilisers are collateral damage in what are other legitimate sanctions. It (the fertiliser industry) has become another casualty of this war.”

He added, “The conflict has imposed a premium on fertiliser production and endangers food security. The impact of this on vulnerable communities, not least in the Global South, cannot be underestimated.
These communities are already struggling to recover from the health pandemic and current problems with fertiliser access has had a ripple effect on these communities and the livelihoods of the most vulnerable.”

“We have heard relatively little about this or the social impact of economic sanctions.”

He went on, “Yes, Russia should be sanctioned but we must be alive to the collateral damage in the Global South.”

“Current food insecurity, caused by a combination of the weather and high cost of fertiliser, means Europe should prepare for the next huge wave of migrants.”

He told the conference about the impact the war has had on his business.

The Lebanon-born CEO said, “I understand what war is about and I am terrified by what is happening in Ukraine.”

“If there is an interruption, as now, in fertiliser supply that means that prices will spike.”

“I stress that EuroChem has not been sanctioned by the West and can run freely but this is still not very helpful because there is a big difference between what the politicians say and reality.”

“For example, in Estonia, we have a port and a pipeline but this operation has stopped. In Antwerp, our operations are running at just 25 percent capacity.”

“The perception appears to be that others might be sanctioned by dealing with a company, that I stress again happens to be not sanctioned.”

“We have a problem with insurance and several other issues and the result is a 25 percent reduction in our operational capacity.”

“The reason I have come to Brussels is to highlight this.”

“We have a problem because we want to ensure the free flow of fertilisers. If we continue to build barriers to this or continue to hinder it then production will remain low and prices will triple.

“The fertiliser sector means nothing for Russia but it means an awful lot to the rest of us.”

Further contribution came from Maktiyan Dmytrasevich the Deputy Minister of Agrarian Policy and Food for Ukraine, who spoke about his country’s current “low export capacity” due to the war.

He said, “The first problem was the limitation of our exports via the Black Sea ports. Some 95 percent of the exports of our agricultural products were via these ports so being unable to export via this route has caused huge problems.”

“Before the war we exported up to 60 million tonnes of agricultural products, including grain, via these ports but after the war started, these exports have dropped to just 200,000 tonnes.

“This led us to search for alternative routes but, due to this low export capacity, we faced another problem.”

“In March we had 25m tonnes of grain from the previous year’s yield and, without the war, we could have exported this in a few months but Ukraine farmers have not had the chance to sell this grain.”

“This problem was solved with loans from Ukrainian banks but, still, we faced another problem because some 25 percent of agricultural territory in Ukraine is either mined, under missile attack or under Russian control.”

The minister sais that this year’s grain forecast is 67m tonnes but this compares with 108m tonnes in the previous year.

He also flagged other issues, including storage capacity and low domestic prices for grain.

The Minister also cast doubt on the viability of the so-called grain corridors in Ukraine.

In what was hoped to be a major step in solving the growing global food crisis, Russian and Ukrainian officials recently signed a deal with Turkey and the UN to allow ships to transport grain out of the region via a grain corridor.

The agreement will allow Ukraine to resume shipments of grain from three key Ukrainian ports in the Black Sea – Odessa, Chernomorsk and Yuzhny – to meet massive demand from the global market, while Russia would be able to export grain and fertilisers. It was expected that 22 million tons of grain and other agricultural products stuck in Ukraine’s Black Sea ports due to the war would be able to be transported out of the region via merchant ships.

The agreement includes provisions to check ships transporting the grain for weapons and for the safe passage of vessels along the grain corridor.

The Minister told the meeting, “I hope the grain corridors will work and we expect to export about 4m tonnes of grain via these current corridors.”

“But the problem is that we do not know how long this will work. Remember, on the very first day this agreement was signed Russia attacked agricultural sites in Ukraine.”

He also outlined the financial cost of the agricultural sector caused by the war. He estimates this to be $4.5 billon in “direct” costs and $25 bn in “indirect” costs, adding… “and this cost increases every day.”

Speaking via video link, he concluded, “I would like to appeal to our international partners by saying that the best way to improve the current situation in Ukraine is to defeat Russia and de-block our sea ports.”

“We also need more de-mining equipment so our farmers can operate more safely in the fields where they work. Huge areas of the country are mined. Due to this and other factors, this means that 30 to 60 percent fewer areas will be cropped next year.”

“This is a big issue for us and a very sensitive question for our government. We cannot agree to any change to the sanctions against Russia.”

Another speaker, Dr. John C. Hulsman, an author, political risk analyst and board member of Aspenia Italia, said, “Russia aggression needs to be checked, of course, but you have to remember that our interests are not always the same.”

“The truth is that the Arab Spring will look like a picnic if the problems with food production continue. That is the danger if we do not solve this.”

“The Ukrainian Minister’s warning about 30 to 60 percent less land being cultivated should cause great concern,” said the American.

“You also have to look at the indirect impact of  sanctions: as we have heard even if a company is fine and not sanctioned there is a heightened sense of risk. The problem is that if you are one of the biggest fertiliser companies in the world you can still be caught by the unintended consequences of policies.”

“Another issue is that of the world’s 10 most populous countries only one unambiguously supports Ukraine (the US). That is the map of geo-politics. But you are not likely to win over these other 9 countries including Brazil, China and Turkey and bring them on board by starving them.”

“I am in favour of sanctions against Russia but we have to help those people who rely the most on fertilisers or they will starve to death.  That is the risk.”

He cautioned, “Failure to tackle this will radicalise the southern Mediterranean and my fear is that Europe will see a migration crisis, the like of which it has never seen before.”

“This does not mean the EU and world should get rid of sanctions but they should look at sanctions in a realistic and targeted way. What I am saying is enforce the sanctions that work and adjust the ones that do not work.” 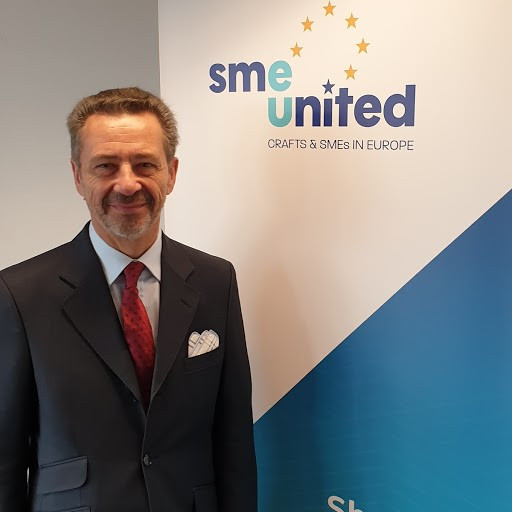 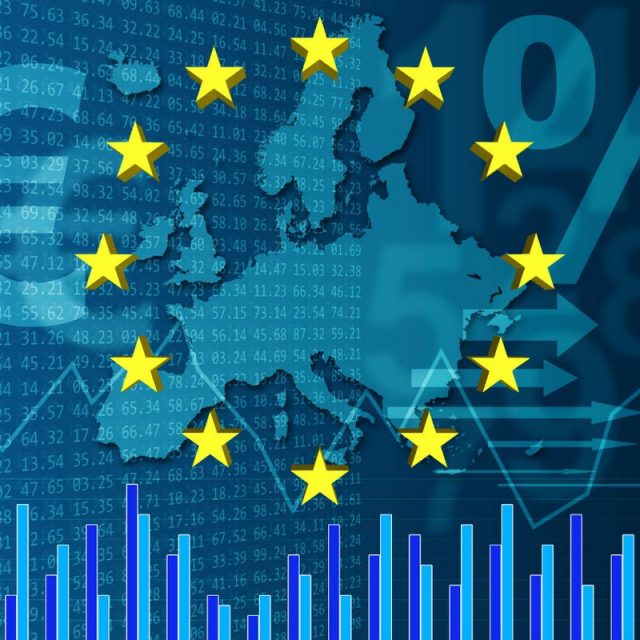 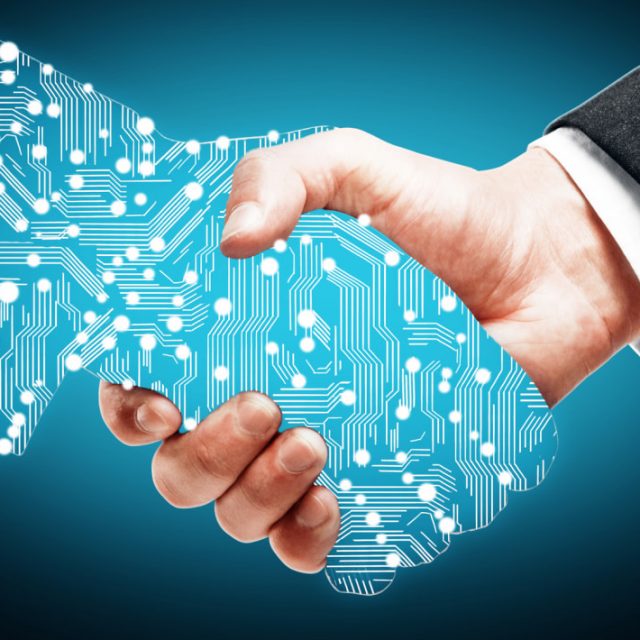 We all Need to Go Faster With Digital Transformation