Skip to content
You are here
Home > Healthcare > The EU and COVID-19, what we have learned so far 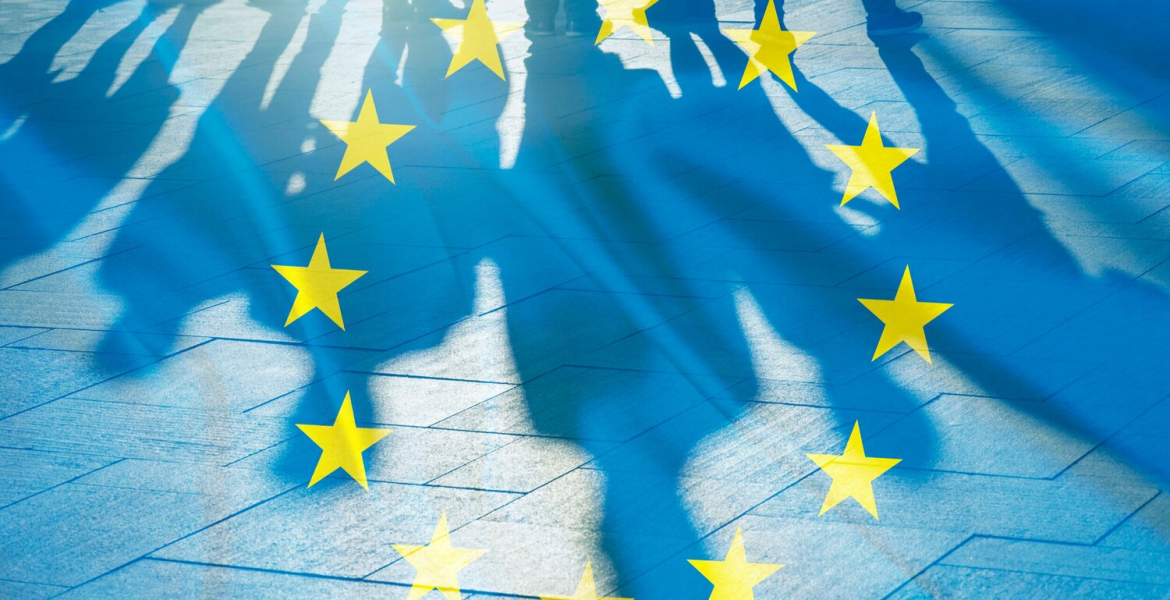 When life returns to the EU institutions and work restarts after the holiday season, it should be highlighted that the summer was not wasted, writes László Andor.

The European Council adopted critical, innovative and to some extent revolutionary decisions to create an effective fiscal capacity against the recession that has been triggered by the COVID-19 pandemic. The main products are the newly conceived anti-crisis fund, Next Generation EU  and the seven-year EU budget (Multiannual Financial Framework, or MFF) to which the first is attached. These decisions have been duly scrutinised and celebrated. Here I would like to offer some further general observations regarding the effects of the pandemic on the EU.

The COVID-19 crisis has been another episode that proved that practically all emergency and stabilisation mechanisms are located at the national instead of the community level. And this appears as a rather general flaw in the structure of the European Union, since within one decade we had to face the consequences of this uneven construction the third time, though in different fields.

It happened during the 2010 financial crisis, the 2015 migration crisis, and most recently the 2020 COVID-19 crisis. All these crises, however, managed to push the EU towards building more emergency and stabilisation capacities, delivering “de facto solidarity”, as the late French foreign minister and EU founding father Robert Schuman called it. However, they also exposed that the focus of the EU is to allow for free movement, which is a central component of the Single Market. Through this, it contributes to shared prosperity. However, in “bad times”, when economic recessions or other types of crises hit the bloc, the Member States can mainly rely on themselves, or bilateral deals. Border guards return, the profiles of EU officials diminish, and citizens look to their national leaders.

On the other hand, generating a recovery requires renewed EU efforts and creativity, and this time it came in a relatively well coordinated and timely fashion. Notwithstanding some initial hesitation, the counter-cyclical response from the ECB was swift and decisive, especially compared to the previous crisis. On the other hand, the recession reignited the debate around the economic architecture of the EU, with a focus, once again, of the possibility of common fiscal capacity. In May 2020, the Commission put forward an ambitious two-tier proposal, that was, after modifications, adopted by the heads of state and government in July.

Importantly, the EU level response to the labour market crisis emerged even earlier than the budgetary initiative. Already in March, the Commission put forward a proposal for the creation of a European instrument for temporary support to mitigate unemployment risks in an emergency, or as it is called in short SURE. Even if this initiative fell short of delivering common unemployment insurance (or at least a reinsurance), it has created an effective tool to support short-time work (STW or Kurzarbeit) schemes in the EU Member States.

Once it was understood that to eliminate the coronavirus, much of the economic and social activities have to stop, public attention shifted to the rapidly rising unemployment as one of the highest risk factors. Suddenly, it became very true what Richard Nixon said 50 years ago: “we are all Keynesians now”. But allowing public deficits to grow well beyond standard ceilings was not enough: practically all European governments introduced either STW-schemes, or wage subsidies, or new income protection schemes, or a combination of those.

Based on the 2020 crisis response, one can detect a significant, if not compelling contrast between the austerity focused answer to the past eurozone crisis and the willingness to engage in counter-cyclical policies, job as well as income protection, during the current coronavirus recession. And in the current round, progressives could be bolder than in the past, since some of the liberal and conservative forces have also adopted or advocated Keynesian policies. Their government strategies, however, still showed a good degree of diversity across EU Member States.
The one hundred hours of the July European Council exposed all three dominant political families with deep divisions. But they are not divided in the same way. In a nutshell: the Social Democrats are divided on economic policy, the Liberals are divided on political strategy, and the European People’s Party is divided on morality.

The last one does not require too much explanation. The European Council was about to include a decision on a serious and effective rule of law mechanism as part of the MFF deal, but eventually the adopted language did not go beyond usual generalities. And the reason is that the EPP is unable to sort out its internal divisions on this question. Consequently, the moderates of the West and the North (the types of Angela Merkel) always end up protecting the corrupt strongmen (Viktor Orbán and Boyko Borisov stand out) who keep on using EU money for feeding their oligarchies and cementing autocratic regimes.

The liberals are united against the authoritarian nationalists, but they are divided on the political strategy of Europe. Emmanuel Macron, the leading centrist head of state has been fighting for a quantum leap in European integration ever since his election as French President. But on this question his main adversary is another liberal leader with a strong profile: Mark Rutte. The Dutch Prime Minister seems to revive the British approach, without the weight of the UK, but being successful in finding allies also in other political families. Rutte’s July performance went beyond sheer frugality, and the Liberals of Europe will have to work hard to overcome this polarisation, as the current crisis is bound to bring new debates on further integration.

The Socialist/ Social-Democratic family is fairly homogeneous concerning issues connected with social rights, like welfare policy and industrial relations. However, when it comes to economic policy at the European level, there is indeed polarisation, which we saw in full display in July, when three out of five “frugal” prime ministers appeared in Social Democratic colours, and all of them from the North. At face value, this was just monkey business, when benefits were on offer in the form of continuing budget rebates, it would have been a mistake to miss out. The reality however is that Nordic Social Democrats are either sceptical about joining the single currency altogether, or just oppose the judgment that is a near consensus in academia, suggesting that the EMU in the current form is not sustainable, and a monetary union would require a significant amount of risk sharing and fiscal capacity.

While working on the internal divide of the Social Democratic family on economic policy, one should not forget that progressive governments have displayed some of the best practices during the COVID-19 crisis. Denmark, for example, under the leadership of Mette Frederiksen, was particularly quick to announce a rescue package based on social dialogue. Her Finnish colleague, Sanna Marin is active looking for ways to shorten the work week. And when large sectors of the economy required direct subsidies, the more progressive governments (Denmark, Spain etc.) stood out with additional conditionality: they excluded those companies headquartered in tax havens and also banned the distribution of dividends to the shareholders of large companies receiving public support.

Spain, still haunted by the memory of the devastating 2009-13 crisis, is applying a completely different approach as compared to the previous period when it was all about muddling through: a flexibility oriented labour reform and aggressive internal devaluation. The centre-left coalition government led by Pedro Sánchez has launched an STW scheme with a very wide coverage, the so-called ERET programme, and also introduced a bold basic income model.

Altogether, for progressive governments the COVID-19 health crisis and the resulting economic recession provided an opportunity to demonstrate their added value, and this indeed became widely acknowledged, especially in cases like Finland, Denmark, or New Zeeland. Sensitivity to the gender aspects of the crisis was one of the most important features of this special performance. The key is to implement policies that ensure the most vulnerable members of society have a safety net to rely on during the crisis, and that the restart of the economy is don in a fair and equally distributed way.

The central element in the anti-coronavirus strategy of European governments is the enforcement of social (or physical) distancing, and the “lock-down”, at least in the first phase when the spread of the virus has to be brought under control. And in the absence of effective vaccination, our society has to be prepared for another lock-down (and another one again). However, the nature of the various lock-downs can differ.

The first lock-down essentially was about saving the health systems of EU Member States, by avoiding a sudden rise of coronavirus cases, that would have been unmanageable by the hospitals. Italy actually came close to this kind of hyper-emergency, in which doctors had to decide who gets treatment and who would have less chance to survive the virus. Within a few months, the epidemic has been tamed and health capacities have been amended, so a new phase with less restrictions was allowed. However, the virus is back after the holidays, and the “dance” begins anew, with a new round of restrictive measures.

The second lock-down, which we are all anticipating for the early autumn period, is different than the first one. What is at stake today is not so much health care but the education system, and especially primary education. We all went to online teaching and learning in the spring, but this forced experiment shows that the performance is inferior to conventional schooling. Without an effort to partly restore standard forms of education, the next generations will suffer, and knowledge and skill inequalities will grow enormously. For a revival of education, there will have to be a sacrifice elsewhere, and this not only needs to be coordinated and also consulted.

The point however is that health care as well as public education are central parts of our civilisation or the European way of life. It is not primarily the overall consumption levels that will have to be restored after the pandemic, but the systems that support our social cohesion and enlightened values, with equality in the centre. The EU institutions, now committed to protecting and even promoting the “European way of life”, have to play a role in forging consensus around this strategy. European coordination can help establishing similar policies and similar practices in social behaviour, by which the legitimacy of crisis response measures can be strengthened, and our chance to survive the pandemic and preserve our European civilisation at the same time will also improve.

This article first appeared in “The Progressive Post”, and is reprinted here with the permission of the editor. The author, László Andor, is the Secretary General of the Foundation for European Progressive Studies, the EU think tank of the social democratic political family in Europe.