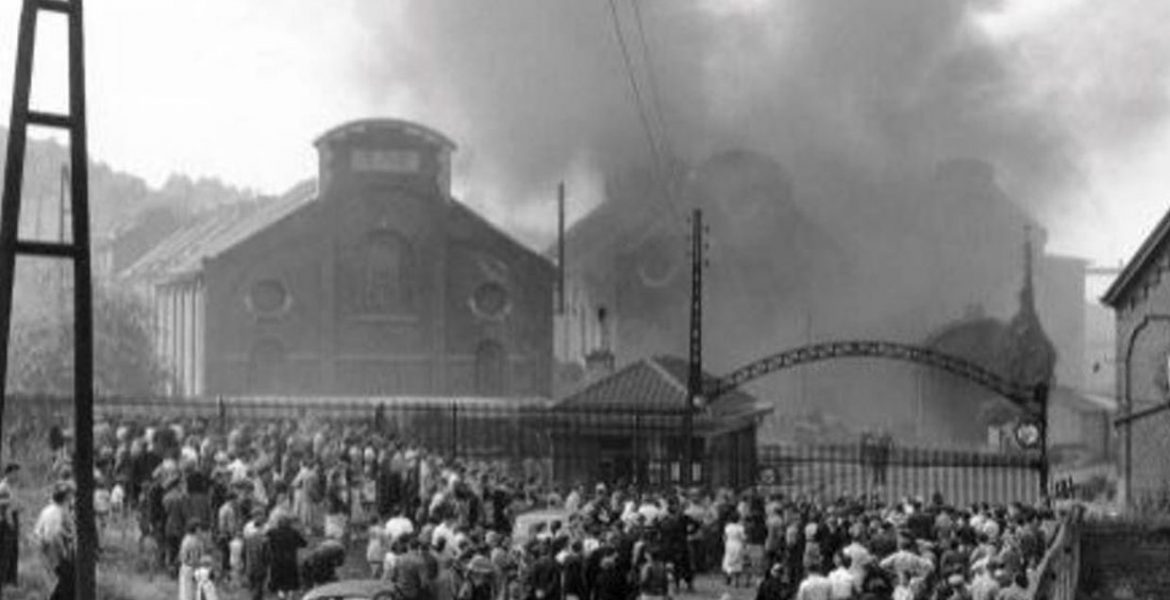 An emotional ceremony has been held at the Belgian mine where, 65 years ago, 262 miners, including 136 Italians were killed in an accident.

The tragedy at the Bois du Cazier mine in Marcinelle,  Charleroi happened in August 1956.

On Sunday, a ceremony was held at the mine in memory of those who died.

It was on 8 August 1956 that a major mining disaster occurred at the Bois du Cazier mine.

An accident began at 8:10 AM when the hoist one of the shafts was started before the coal wagon had been completely loaded into the cage. Electric cables ruptured, starting an underground fire within the shaft. The moving cage also ruptured oil and air pipes which made the fire worse and destroyed much of the winch mechanism. Smoke and carbon monoxide spread down the mine, killing all the miners trapped by the fire.

At the time of the incident, 274 people were working in Bois du Cazier.

Rescue operations continued until August 23 when the final verdict came from the mouth of a rescuer: “Tutti cadaveri!”.

Of the 274 people working on that morning, only twelve survived. Most of the victims were immigrants. Among the victims, there were 136 Italians, 95 Belgians, eight Poles, six Greeks, five Germans, five Frenchmen, three Hungarians, one Englishman, one Dutchman, one Russian and one Ukrainian.

In the ensuing prosecution, the trial court acquitted all of the accused on October 1, 1959. An appeal was lodged, and on 30 January 1961, the court gave the mine manager a six-month suspended jail sentence and a 2,000 Belgian franc fine (equivalent to €300 in 2006 after adjusting for inflation) and acquitted the other defendants.

In a statement, Italian President Sergio Mattarella: “I would like topay tribute to the sacrifice of 262 miners.”
“This year also marks the 75th anniversary of the signing of the Italo-Belgian Agreement for the supply of coal to war-ravaged Italy. From the critical aspects of that agreement, and from tragic events such as those that occurred at the Bois du Cazier, Europe has learned the important lesson of having to place rights and protections at the
heart of the continental integration process.”

The president said, “Today we are experiencing a new phase of recovery and restart.The European Union – built on the basis of shared values and common norms and institutions – has been able to find within itself energies to help the peoples of the Member States on the difficult path out of the pandemic.The ambitious goals we have set
ourselves in our recovery and resilience plans will not be achieved without a responsible individual and collective effort. That responsibility exercised by the many Italian workers who have travelled the roads of the world”.

“It was a very moving ceremony and it makes me cry to see that year after year fewer and fewer miners are present.”

Among those marking the occasion was Maria Laura Franciosi, an Italian journalist based for many years in Belgium, who told this site, “I was the first person to write a book on the story of Italian miners in Belgium. It was 1996, I had arrived in Brussels in 1993, posted here from the Italian News Agency (ANSA) after spending 8 years in London at their office to write about British events. I wrote a big book after going round the country for several months (in my free time from work, which was not much) and interviewing around 200 miners and their families, Italian mainly but also from other countries and from Belgium. It took me a year in my free time to reorganise the material, recordings and photos and eventually the book came out. It was published by ACLI, an Italian Christian Union of workers. They only gave me a few copies that I gave to people who wanted it.”

A museum was set up at the mine which, today, is a popular tourist attraction in the area, attracting thousands of visitors every year. Maria Laura added, “The museum is my great success, because I managed to fight against the will of the mayor of Marcinelle who wanted to do a shopping centre in the area, destroying the old mine. Now the mine is still there and it houses a museum of memories and stories. UNESCO has even acknowledged its importance as a memorial to the work of miners.”