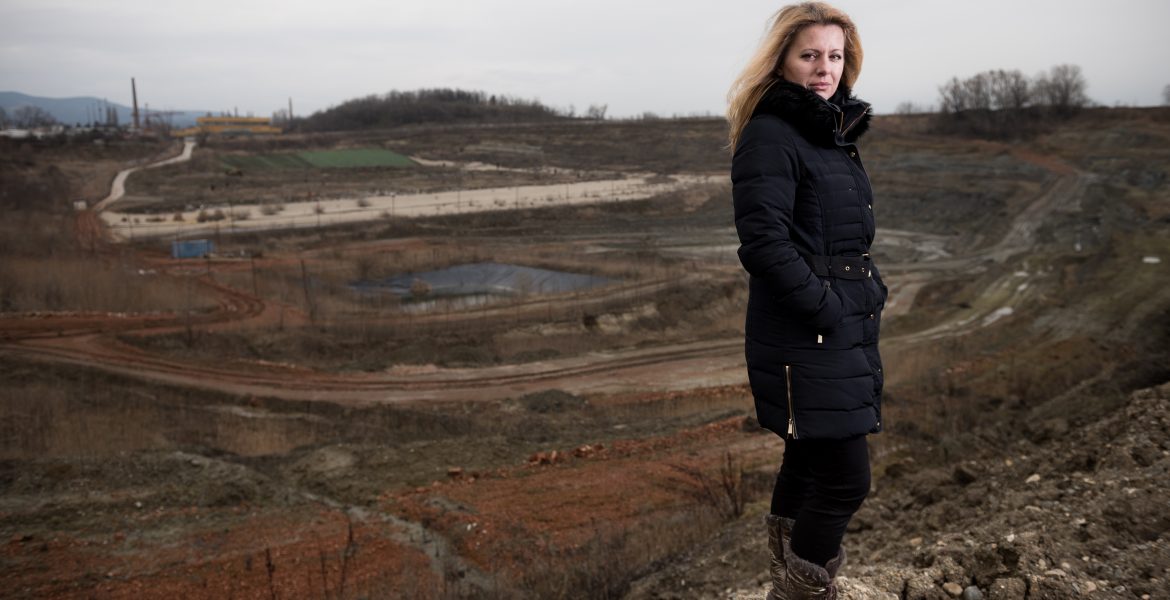 In the first round of the Slovakian Presidential elections last weekend, first place has been won with 40.6% of the vote by Zuzana Čaputová representing the Progressive Slovakia party. Turnout in the elections was 50%. She is an environmental lawyer who campaigned on an anti-corruption ticket, and is hitherto relatively unknown, with no prior experience of politics.

In addition to fighting a campaign that captured the mood of the people, two factors acted in her favour. Firstly, the current liberal President Andrej Kiska decided not to stand for election, and secondly another candidate, Robert Mistrík, decided to withdraw in order to unite behind a single liberal candidate.

In second place in the presidential race with 18.7% of the vote was Maroš Šefčovič, representing the SMER party, a former Vice President of the European Commission and experienced conservative politician.

But since no single candidate reached the 50% threshold to win outright, the election now goes to a second ballot between these two candidates on 30th March.

However, Maroš Šefčovič will face a very tough task to outpace his liberal civic opponent in the run-off vote, primarily because he is viewed by the Slovak population as under the control of the deeply unpopular former Prime Minister Robert Fico. He also carries the poisoned chalice of being the candidate supported by the ruling government SMER party, against which the population has turned because they see the party as tainted by corruption scandals, and in particular the murder of the investigative journalist Ján Kuciak and his fiancée last year.

The Kuciak case is still under investigation but a major development was announced last week when prosecutors publicly accused controversial businessman Marián Kočner of ordering the journalist’s assassination.

This case is seen as a litmus test for liberal democracy and the power of popular participation to effect change in Slovakia. “People really need evidence and confirmation that these things will be investigated and that justice will be served to regain trust in the process,” said Čaputová. Public reaction to the case will dominate the attitude of voters in the second round of the Presidential election.

It remains to be seen how the supporters of the other candidates will allocate their votes, and there is no doubt that Šefčovič will try to claw back support from voters on the basis of his conservative image and his international experience. The personal image of Sefčovič in reality will probably appeal to the traditional values of most Slovaks, and his campaign will try to capitalise on this. How will supporters of the third and fourth candidates in the first round vote in the run-off?

Mr Stefan Harabin, a judge of the Slovakian Supreme Court, came third with 14.4%. A former communist, he is a highly controversial figure belonging to the Orthodox Church (which is a minority religious sect in Slovakia). He led an aggressive and controversial anti-immigrant campaign which is rumoured to have been designed and financed by Russia.

Marian Kotleba, a former chairman of Banska Bystrica region came fourth with 10.4%. He used milder rhetoric in his campaign and was quite positively perceived by ordinary voters.

Prior to the election, the Catholic bishops, Lutheran clergy and Jewish Council publicly met with Maroš Šefčovič, and some would say that this may act in his favour to swing votes from Harabin and  Kotleba. Certainly it can be anticipated that there will be character attacks against the lifestyle and liberal values of Čaputová using “bots” on social media.

But if against the odds she wins the second round of the election at the end of March she will become Slovakia’s first female President. She is strongly pro-European and pro-NATO, and her election would favourably position Slovakia as an island of liberalism in a sea of populism compared with the right wing regimes in power in neighbouring Poland, Hungary and the Czech Republic.

The position of the President in Slovakia is largely ceremonial, but importantly it does play a significant role in the fight against corruption because the President has the power of veto over the appointment of senior prosecutors and judges.

“I see a strong call for change in this election following the tragic events last spring and a very strong public reaction,” Čaputová has said during her campaign. “We stand at a crossroads between the loss and renewal of public trust, also in terms of Slovakia’s foreign policy orientation.”