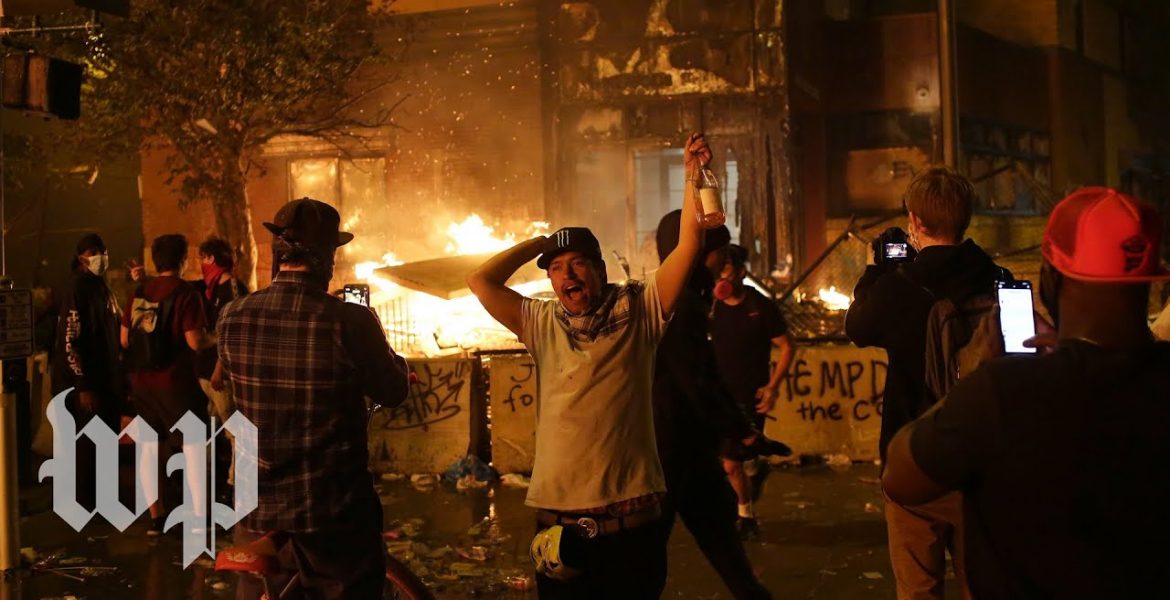 We republish here in full, with the authors’ permission, the text of an article that first appeared in the blog of the Institute for Global Threats and Democracy Studies (IGTDS)

Riots in the US were triggered by the murder of the African-American George Floyd by Minneapolis police after being arrested. CNN has released a story of an expert who accused Russia of rioting. In response, US President Donald Trump stood up for Russia and criticized the channel. CNN releases “fictional news”, he  said. However, on May 31, President Trump announced that the United States would recognize the Antifa movement as a terrorist organization. He believes the riots in the country have nothing to do with justice, and are orchestrated by “Antifa and other left-wing radicals.” Needless to say that President Trump’s first response to the CNN story was emotional over his troubled relations with the channel.

On January 10, 2017, CNN reported on the existence of classified documents that said Russia had compromising personal and financial information about then President-elect Donald Trump. CNN did not publish the dossier, or any specific details of the dossier. At a press conference the following day, Trump referred to CNN as fake news and refused to take a question from CNN reporter Jim Acosta.

Thus, the denial of Russia’s involvement in Minnesota developments does not stem from the absence of such facts, but Trump’s desire not to revive the 2017 accusations in the media.

As early as in the 1920s and the 40s, the Soviet Union backed the anti-fascist movements of different countries, often using the term “antifa” to describe them.

The Antifa movement is not uniform and is an ideological one fighting against what its backing considers fascist tendencies. Different groups refer that to nationalism, racism, neo-Nazism, anti-Semitism, xenophobia, homophobia and anything labelled as discrimination.

The ideology allows to enlist the backing efforts without registering a specific organization or group to run special campaigns. Such campaigns are less manageable, since having been triggered they develop in line with the crowd psychology and respond to the government action. Nevertheless, they are the best to foul up and undermine the powerful institutions of the countries.

Far-left terrorist groups, ideologically close to the Antifa, were used by Soviet intelligence during the Cold War to roil the Western Europe by carrying out acts of terrorism against security forces, military targets and political players.

After Vladimir Putin took over at the Kremlin, Russia has actively made use of the fascist threat in foreign and domestic policy. All regimes that do not suit the Kremlin or do not share Moscow’s policies are accused of fascism. Thus, the Antifa’s goals coincide with the Kremlin’s ones: the struggle is not against fascism, but their own idea of ​​fascism, i.e., against what they consider fascism.

Fascism might be anything the movement representative does not get on board with. However, fascism in its historical context allows blurring the real Antifa’s targets. As a result, the specifics of unacceptable behavior (fascism) could be easily shifted to any social phenomenon or situation where the injustice (evil) is equated with fascism, thus facilitating the search for the common ground for the anti-fascists on a specific issue.

Antifa, as a far-left movement, is the best, for example, to use against the West amid the migrant-protective campaigns in order to ramp up the far-rightists amid the economic crisis, or to object to the governmental economic policy.

The simultaneous backing for the far-left and neo-Nazi movements permits the Kremlin to take advantage of both ideologies in a flexible way, maintaining a constant conflict and the presence of strategic problems that roil the democracies in the media. For example, the leader of the American militarized neo-Nazi group The Base (“Base”), Rinaldo Nazzaro, known among the neo-Nazis as “Norman Spear” and “Roman Wolf” left New York and lives in St. Petersburg (Mr. Nazzaro married a woman with a Russian name in New York in 2012.). And starting in 2019, he has not hidden his location and affiliation. Particularly, he poses in a T-shirt with the image of Vladimir Putin and uses phrases like “Russia, unlimited power”. Such strategy allows Russia to pursue the “divide and rule” approach.

In 2016, the “anti-fascist committee”, regional NGO of the Republic of Crimea (RNGORC “Antifa”) was registered in the annexed Crimea, led by the director of a company engaged in construction in the city of Yalta and associated with the Russian government.

In 2016 the FBI and Department of Homeland Security have been warning state and local officials of violence coming from far-left anti-fascist (“antifa”) groups for at least a year, including the potential of violence between those on the far right and the far left, per a new report. AntiFa has become more visibly active since Trump’s election, but the movement as a whole has remained relatively secretive. Until recently, they were most well-known for their violent protests of alt-right leader Milo Yiannopoulos at UC Berkeley. They often wear black masks and commit vandalism.

Like Antifa, Redneck Revolt group does not claim to be liberal, but supports most left-wing social causes. The group opposes white supremacy and hopes “to incite a movement amongst white working people that works toward the total liberation of all working people,” according to their website. They are pro-guns, anti-racist, anti-capitalism and anti-Trump.

In March this year, US intelligence warned that before the presidential campaign 2020, the Kremlin was allegedly looking for a way to deepen racial controversy in the United States. The New York Times’ sources in the US intelligence community claimed they had evidence that Russian security officials developed a plan to lower the turnout for entire groups of the American population.

Russia created fake communities in social networks to back the dark-skinned people, and , meanwhile, worked upon the white supremacy affiliates.

In 2016, most of the 3,500 Facebook ads related to Russia were racial to the point. Some pages, such as Blacktivist, expressed support for African American advocacy groups, while others featured human rights activists as a threat to the police and public order. One recently deleted account promoted a counter-protest in Washington.

In 2016 following the death of Philando Castile fatally shot by a policeman in St.Paul, Minnesota, Russian cyber units, in particular the well-known group ‘Olgino’, created fake Facebook accounts and planned a demonstration. Apparently, the current information channels and tactical influence units involved at present time could be created by Russian intelligence back in 2016. In 2017 CNN reporters published an article informing about a group linked to a Russian troll farm who behind thousands of fake Facebook ads paid personal trainers in New York, Florida, and other parts of the United States to run self-defense classes for African Americans with an intention to sow fear and gather contact details of Americans potentially susceptible to their propaganda.

The classes were advertised on the website of the group known as ‘Black Fist’ and were accompanied by the slogan ‘Be prepared to protect your rights’ and ‘Let them know that black power matters’. The group was created in January 2017 – obviously, its purpose were the same as the ones of the resources blocked by social networks in 2016. Thus, there is no doubt that Russian cyber units have been working in the United States for 4 years to prepare campaign to destabilize the situation in the United States on the eve of the 2020 presidential election.

This group was linked to promoting rallies organized by the separatist group ‘Texas Nationalist Movement’ (TNM) whose leader Nate Smith attended the Moscow-hosted gathering ‘The Dialogue of Nations. The right of peoples to self-determination and building a multipolar world’ held in September, 2016. The event organizers also invited TNM, one of the largest separatist organizations in the United States, who is preparing Texas independence referendum.

In 2017 ‘The Washington Post’ published an article on the origins of Russia’s racist propaganda in its Soviet past. At that time Turnell Jermen Starr, the newspaper columnist, said that Russian ads in the U.S. Facebook contrasting white Americans with black Americans surprised lots of US citizens. At least $100,000 was spent on ads designed to incite Trump’s white electorate against ‘Black Lives Matter’ international movement activists standing against racial discrimination, and minorities as a whole. A bright example of the racist ads was a shooting black woman image that on Russian propagandists’ plan should sow fear among whites. At the same time, Russia went far beyond Facebook. The Kremlin used Instagram and Google as propaganda channels.

According to Turnell Germain Starr, Russia is trying to spread racism in American society and emphasises that since the Soviet Union era the Kremlin has been practicing the escalation of racism as a tool to achieve political goals in the international arena.

In his interview with ‘The Atlantic’ Terry Martin, co-author of the book ‘Country of Nations: Empire and State Building in the Time of Lenin and Stalin’, stated that even during the Great Depression the Soviet Union actively propagated racial discrimination evidence proving the American leaders’ statements about freedom and democracy as false.

Nicholas Cull, a professor at the University of Southern California, told ‘USA Today’ that during the 1984 Olympics the KGB distributed fake letters to athletes from Africa and Asia on behalf of the Ku Klux Klan.

Before ‘Black Lives Matter’ anti-violence movement was created, the Communists protected African Americans under the international propaganda against the United States.

In 2018 Rene Graham, ‘Boston Globe’ columnist, wrote that Russia knew for sure that it could ‘stir up the crisis’ on racial grounds. She also noted that Facebook and Instagram had deleted more than 30 fake accounts suspected of ‘coordinated activity to create fake information’. Many of the deleted pages raised racial issues, in particular, Unite the Right rally held in Washington.

In 2019 the Michigan Journal of Race and Law published an article “Virtual Hatred: How Russia Tried to Start a Race War in the United States.” The authors claimed that Russian operatives created hundreds of fake personas on social media platforms and then posted thousands of advertisements and messages that sought to promote racial divisions in the United States.

The Kremlin’s information goals
Russia’s strategic goal is to weaken US government institutions and undermine the country’s reputation both inside and internationally.

Alongside the foreign policy goal, by showing chaos, violence and human rights violations abroad the Kremlin is solving its domestic political problem. Covering events in the United States allows Russia to reinforce an idea in the information space that discredits foreign democracy. The main Russian narratives completely coincide with the Kremlin’s thesis during the Cold War:

– racial inequality in the USA;

The Kremlin’s intention to fuel contradictions between the Democrats and Republicans as much as possible is in the list as well.

According to the Kremlin, violence shots captured during the protests in the USA ought to contrast with the Russian government’s actions to suppress the opposition as the democratically acceptable measures taken by the authorities. In the medium term, Russian government media will cover protests in Russia referring to the events in Minnesota. In 2013, when Vladimir Putin’s rating was poor, Russia covered the Revolution of Dignity in Ukraine in the same way. The key narrative was the thesis about unacceptable protests against the acting authorities that would inevitably lead to victims, violence and instability.

However, in the case of Kremlin-backed actions, as in the case of protests in Catalonia and ‘yellow vests’ in France, narratives are, on the contrary, targeting foreign governments who are hostile or competitive for Russia, and impede the development of events the Kremlin is interested in.

While covering events in the USA a Russian Internet resource affiliated to the Main Intelligence Directorate highlights that ‘Democrats give their ‘black electorate’ (who mainly vote for the party) their own way in everything’.

Thus, on the eve of the presidential election the Kremlin seeks to provoke a large-scale campaign to butt heads of the Democratic and Republican Parties. The obvious ultimate goal of the campaign is disruption of the elections and the open torpedoing of the United States as a democratic state and model of public expression. 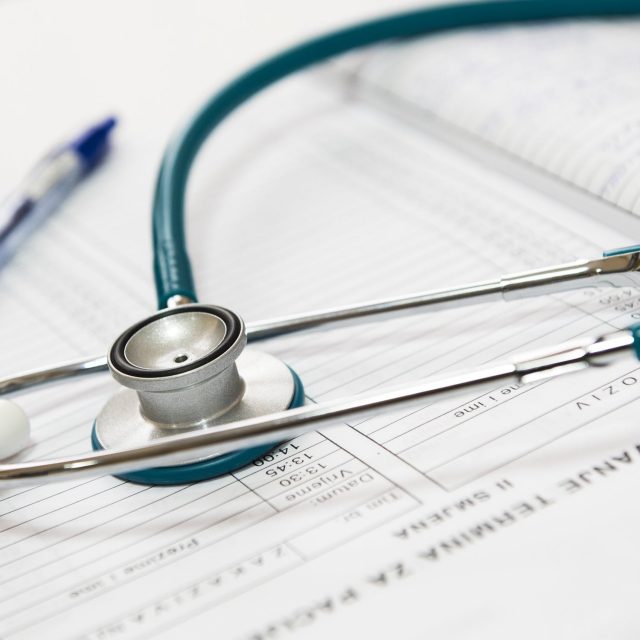 Europeans Reeling Under the Burden of Personal Debt 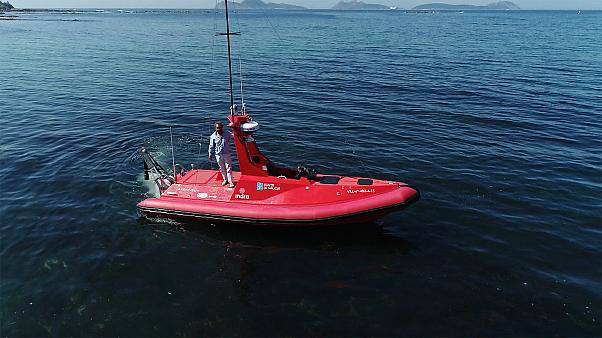