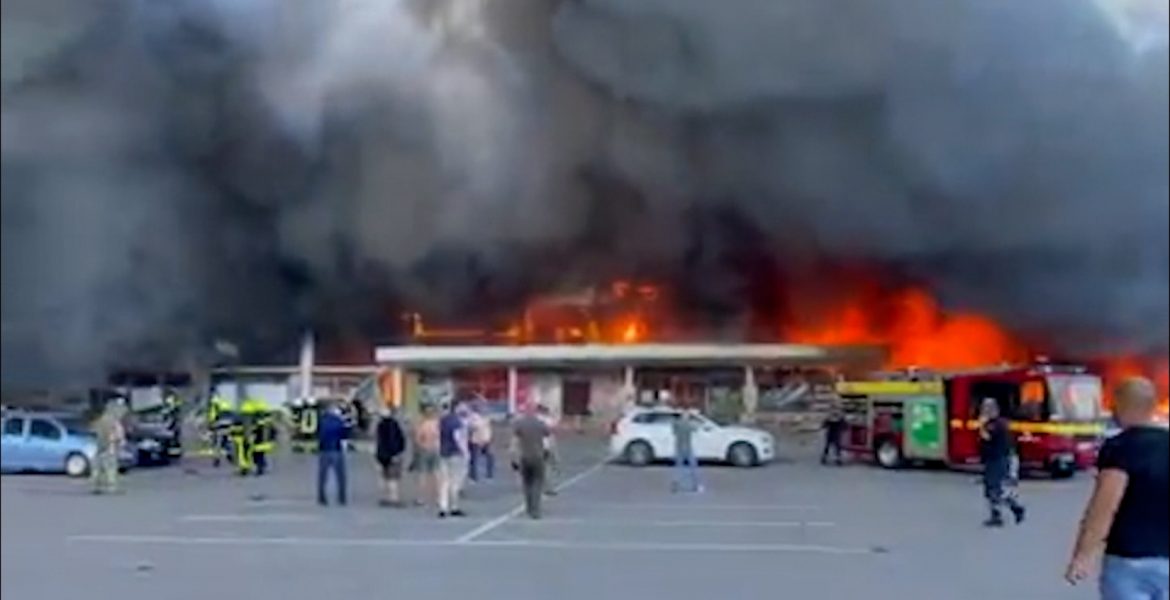 This morning 27 June, Russia launched a missile attack on a consumer shopping centre in the city of Kremenchuk, Poltava Region. When you thought that you had used all of the adjectives possible to describe the horror and unspeakable atrocities by Russia in Ukraine, then along comes an even worse example of the genocide of Ukrainians by the Russian Army and confirmation of Putin’s chosen course of pure terrorism to destroy Ukraine.

According to preliminary estimates, at the time of the missile hit, there were many people in the trading building. Possibly up to 1000 people. Rescue operations are under way, the number of victims and injured are being counted.

Russia is raising its profile as the world’s leading international terrorist state and bombarding Ukrainian cities with obsolete missiles which have poor accuracy thereby causing mass destruction and civilian casualties. The Russian army uses missiles developed in the 1950s and is using up all of its stockpiled weapons from storage in order to wreak terror on the Ukrainians.

On June 26 at 06:00 am, Russia also launched a missile attack on a kindergarten in Kyiv. Fortunately, in the morning the site and the building were empty. This is a further example of Russia using outdated and inaccurate missiles against Ukraine, but with tremendous destructive power.

Shortly after the attack on Kremenchuk, Russian news portals, in order to conceal this latest crime of the Russian army, began to pump out propaganda about the “next fake” that the Ukrainians were producing to slander Russia. The cynicism of the invaders has reached such a level that they claim that “the role of the corpses was played by the same actors who were involved in the depiction of the slaughter in Bucha.” The world must see and realise the cynicism and cruelty of the Russians – a nation of international terrorists and murderers.

Russian cynicism has hit rock bottom. When the Kremlin was talking about the possibility of “strike at the decision-making centres”, no one could have thought that these “centres” were located in shopping centres and kindergartens.

Ukraine needs as many weapons as possible – artillery, MLRS, air defence to protect its cities and airspace. Otherwise, Putin, obsessed with a maniacal desire to kill Ukrainians, will give orders to repeat such brutal terrorist acts.

Because of Russia no one in any city of Ukraine can feel completely safe. This is unthinkable in the 21st century and requires a symmetrical response from the international community.

The strike inflicted by the Russians on the shopping centre in Kremenchuk affected civilians in the building. It seems that Putin’s goal is the total genocide of Ukrainians, and that he will employ pure unadulterated terrorism to achieve his objectives.

June 27 will be a day of mourning for this act of blatant cruelty and the pathological hatred of Russians for Ukrainians.

The Russians will deny their involvement in the attack on Kremenchuk, laying the blame on Ukraine, publishing a stream of lies and imaginary “witnesses”. But they cannot mislead the entire civilised world, which is keenly aware of the depth of the Ukrainian tragedy.

Angry with the failures of his armed forces at the front, Putin has deliberately given the order to inflict maximum losses on Ukraine – economic, resources, demographics and civilian infrastructure.

The world must recognise that the Russian Federation has now become the world’s most dangerous terrorist organisation, and it must impose the most severe and uncompromising sanctions on Russia in order to weaken it as much as possible. Otherwise, in the nearest future, the terrorist atrocities that Russians have committed in Bucha and Kremenchuk will spread to other European cities. 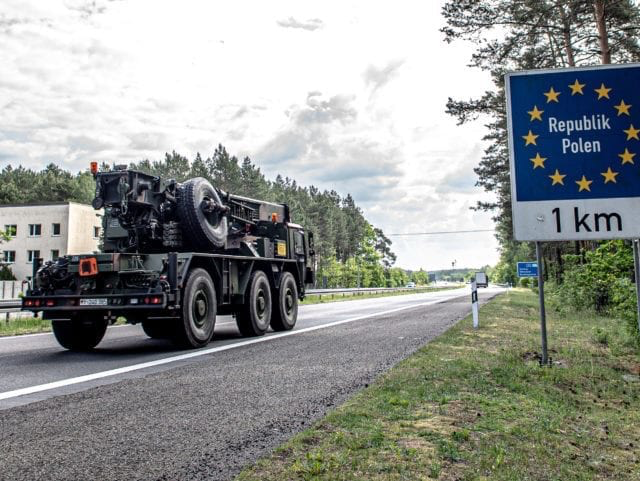