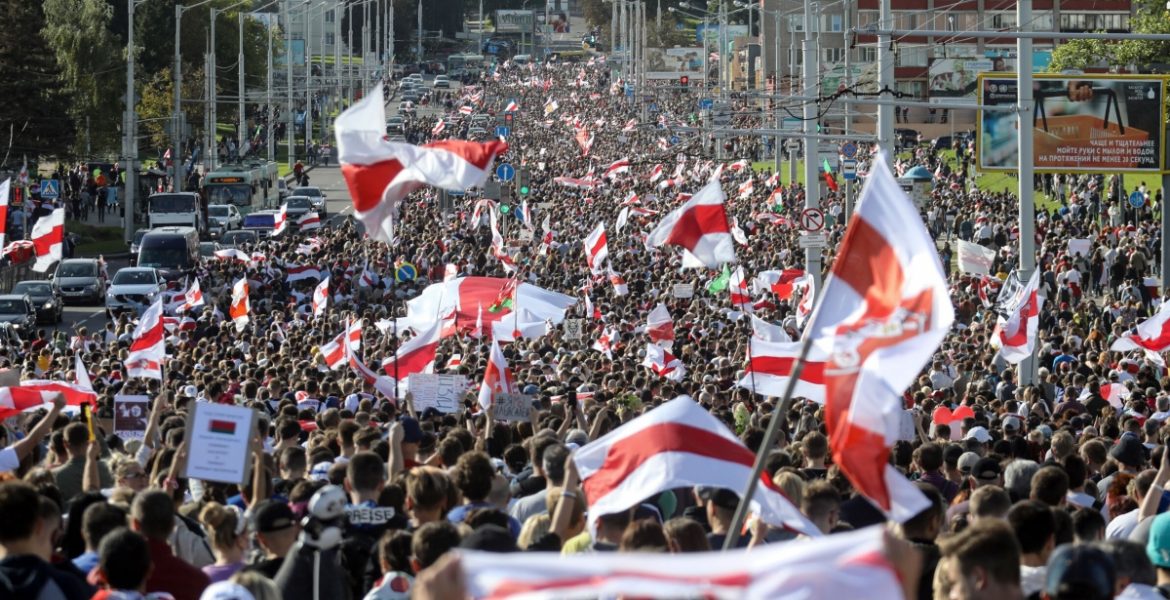 The personal meeting of the presidents of Russia and Belarus in Sochi on September 14 showed that the Russian authorities were ready to provide Lukashenko with assistance in order to rapidly replace him with a more acceptable candidate for Moscow within the framework of the “Union State of Russia and Belarus”.

The only public signal after four hours of talks between Lukashenko and Putin was the withdrawal of the “reservists” of the Russian OMON from the border and a new loan of $ 1.5 billion. This is obviously not enough to save the “father of Belarusian autocracy”. This is less than the existing Belarusian budget deficit, less than the required amount of payments on the state debt. The money will go almost immediately to prevent default and short-term rescue of the financial system, as well as to provide for the power block. This is not so much help, but rather a gesture that shows plain unwillingness to provide assistance for the time being. Putin specifically stressed that this money was not for Lukashenko, but for Belarus – within the framework of the obligations that the Russian Federation assumed in 1992-1994.

Lukashenko, in agreement with the Kremlin, has taken the post of President of the “Union State” with nominal powers. Upon receiving guarantees of personal immunity, Lukashenko expressed his readiness to hold a Belarusian constitutional referendum, as well as parliamentary and presidential elections in Belarus. Lukashenko and Putin announced how Russia’s annexation of Belarus will proceed on 14 September in Sochi – through the so-called Constitutional reforms. The new Constitution will include annexation, as well as the formation of a single national authority (common president, parliament, judiciary, a single emission centre). Moscow plans to push through the Belarusian Constitution in a referendum, hoping to win over Belarusian society.

Through amendments to the Constitution of the Republic of Belarus, the Kremlin plans to bind Belarus to itself inalienably so that Russia no longer has to worry that Belarus might go to the West. The constitutional reform is not planned as a step towards a drastic democratisation of Belarusian political life. The constitution can be changed so that all the previous presidential terms of Lukashenko are nullified.

But the Russian Federation fears that Lukashenko is again playing a double game with Putin, as he did already before the presidential elections in Belarus. Therefore, the Kremlin is trying to exploit the “toxicity” of the figure of Lukashenko and reinstate his international isolation in order to better enable a controlled transfer of power which will see him replaced with a new head of state more loyal to Moscow.

The current situation with the Belarusian protests looks too advantageous for the Russian leadership to be content with restoring the status quo of the Lukashenko regime. The Kremlin has already “invested” enough funds and resources in the buildup of the situation and in outflanking the opposition, and it continues to do so in order that Lukashenko will cease to be irreplaceable as the standard bearer of Russian influence in Belarus.

Lukashenko’s re-election campaign in August 2020 was actually selected for a key strategic strike. In May, three months before that, three new opponents of the current government suddenly appeared, who had never before been the subjects of the political process and had not declared their claims to the highest office in the state. All persons of this “new opposition” are in one way or another connected with the Russian Federation.

Russia has a significant arsenal of conventional forces and means to establish full control over Belarus. The geostrategic goal of the Russian Federation is the fully-fledged establishment of the “Union State of Russia and Belarus” with a view to incorporating into it (if possible) other territories, such as occupied Abkhazia and occupied territories in Ukraine.

Representatives of the Lukashenko regime and the Russian media are simultaneously conducting information and psychological operations to create an imaginary threat from NATO and Ukraine.

The striking journalists and technical staff of the Belteleradiocompany have already been replaced by several groups of Russian specialists in information warfare. The priority goals of the Russian Federation at the current stage are to establish control over the information space and the socio-political sphere of Belarus.

The West should impose sanctions not against Minsk, but against Moscow, which has created all the conditions for destabilising the situation in Belarus in order to “integrate” it into the “Union State of Russia and Belarus”. If the European Union and the USA and Great Britain, confine themselves to the usual expressions of “deep concern”, then the annexation of Belarus by Russia will pass very quickly and without hindrance. Such a “merger” could free the Kremlin’s hands in subsequent aggressive actions to return other former republics of the Soviet Union under Moscow’s yoke.

In the event of the creation of the so-called “Union State”, the whole world order will return to a state of “cold war”, which in modern conditions will be waged by methods other than those used by the Russian Federation over the past decade. Namely, large-scale propaganda campaigns and interference in electoral processes, state sponsored assassinations, financing of terrorists, threats and possibly the use of tactical nuclear weapons in support of military action.

The Kremlin was not stopped by the half-hearted measures of the world community with the expansion of the “targeted sanctions” for the crimes carried out by the seizure of territories belonging to other countries (Moldova, Georgia, Ukraine), the financing of world terrorism, the support of criminal regimes or the murder of political enemies using different weapons (including chemical). Simple warnings are not enough. The international community should have a robust riposte to the actions of the Russian Federation with a complete economic embargo, shutdown of the “SWIFT” payment system and international isolation.

Belarus ends the collapse of the USSR with its protests. It is the Belarusians who put an end to this process. Belarus has shown that the conflict between autocracy and legitimising it through crooked elections can only be resolved by either abandoning elections altogether or removing autocracy through popular revolution.