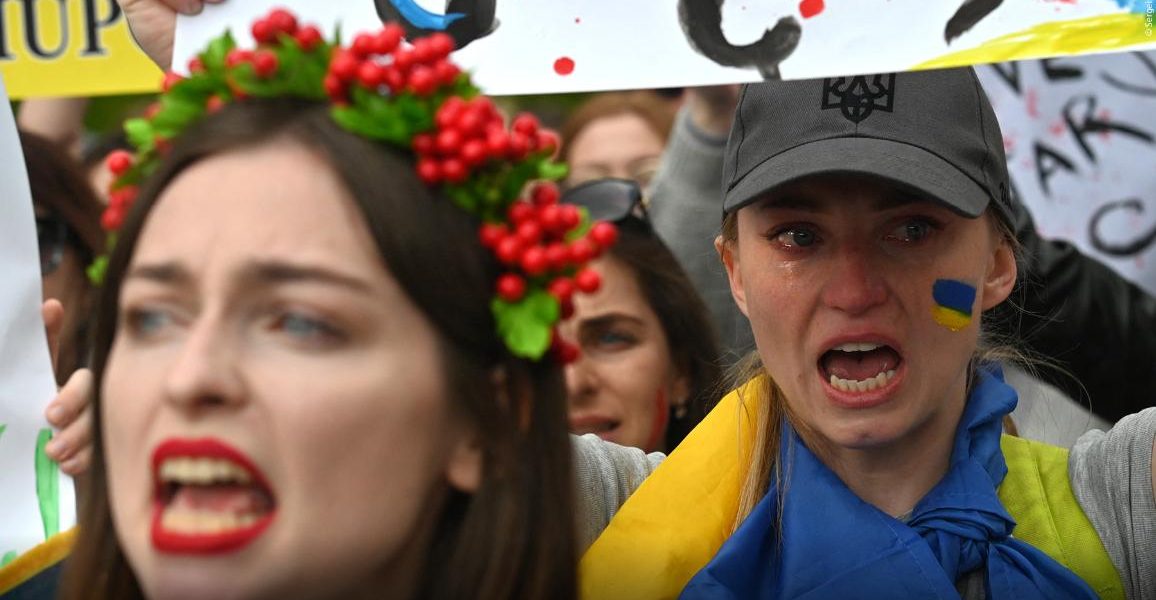 The people of Ukraine are the winners of the 2022 Sakharov Prize for freedom of thought.

The decision, made on Wednesday, was broadly welcomed.

S&D members said the European Parliament’s choice of this year’s final laureate. “reaffirms our wholehearted support to Ukrainians in the war waged by Russia, the most brutal attack on peace in Europe since World War II.”

The S&D Group, together with the EPP and Renew Europe, nominated the people of Ukraine, represented by their president, elected leaders, and civil society.

A statement read, “We nominated them because they are not only fighting for their country, but also for our freedom and democracy.”

Pedro Marques, S&D vice-president for foreign affairs, said,“Since February, the people of Ukraine have been fighting an unequal battle against a brutal aggressor who is trampling on the human rights of countless civilians. Yet they stand steadfast in defence of their country but also for our European democracy and freedom.

“The brave people of Ukraine are the living embodiment of everything that the Sakharov Prize promotes – respect for international law, freedom of expression, democracy, and the rule of law. They deserve our unreserved support, including this highest EU’s tribute to human rights defenders.”

“As the prize carries the name of Russian dissident, Andrei Sakharov, it is a highly symbolic gesture to award it to Ukraine at this critical time in their fight against the invasion launched by Russia’s Vladimir Putin.”

The Sakharov Prize for freedom of thought was for the first time awarded in 1988 to Nelson Mandela and Anatoli Marchenko. It gives recognition to individuals, groups, and organisations that have made an outstanding contribution to the protection of human rights. Several laureates, including Nelson Mandela, went on to win the Nobel Peace Prize.

The European Parliament awards the Sakharov Prize at a formal plenary sitting in Strasbourg towards the end of each year. Each of the Parliament’s political groups may nominate candidates and they together decide on a shortlist of three candidates. The winner was chosen today by the Conference of Presidents, a European Parliament body composed of the president and the leaders of all the political groups in the Parliament. The award ceremony will take place on 14 December.

The civil society representatives were:-

The State Emergency Services (SES) of Ukraine have been rescuing people from under the rubble and from fires caused by daily shelling, clearing debris and unexploded ordnance to ensure safe passage for residents and humanitarian aid workers, and evacuating people to safer locations. According to data received at the end of June 2022, SES responded to over 38,000 emergency responses, extinguished 10,078 fires caused by shelling, evacuated 1,861,000 people, rescued 1,487 people and cleared 620 square km of mined areas. Incurred losses: 39 killed, 122 injured, six captured, and one missing. More than 3,500 rescuers serve in the territories that Ukraine does not control. More than 5,500 volunteers joined SES, which consists of 70,000 personnel, since 24 February, 2022.

Yulia Pajevska (“Taira”) – Ukrainian volunteer paramedic and founder of the evacuation medical unit “Angels of Taira”. Since 2014, she has been saving the lives of the military and civilians in the Donbass. In March 2022, during the evacuation of civilians from Mariupol, she fell into Russian captivity. She spent three months in captivity.

Oleksandra Matviychuk – human rights lawyer and chairwoman of the Center for Civil Liberties NGO – an organisation among the winners of the 2022 Nobel Peace Prize. Since 24 February, Matviychuk, along with a team of volunteers, lawyers and paralegals, has been recording war crimes and crimes against humanity committed by the Russian army in Ukraine. Her team works as a part of a wider initiative called the “Tribunal for Putin”, which has so far registered 17,000 criminal acts by the Russian army. Matviychuk is dedicated to ensuring justice for the victims of Russia’s war against Ukraine. Her service in documenting human rights abuses and providing assistance to the victims traces back to the 2014 Maidan events. At that time, she coordinated the Euromaidan SOS civic initiative. Later she ran multiple international mobilization campaigns for the release of prisoners of conscience. She is the author of human rights publications and the co-author of an annual report on monitoring the political persecution of civil society in Ukraine.

The Yellow Ribbon Civil Resistance Movement originated in the temporarily occupied city of Kherson and soon inspired people to civil action resistance in other occupied areas, including Melitopol and the Crimean peninsula. It plays an important part in defending the freedom of speech and ruining Russian intentions for occupied areas. The movement encourages Ukrainians to resist and denounce Russian occupation by painting blue and yellow ribbons and other Ukrainian symbols in public spaces, and more importantly, to mobilize and prevent Russian troops from holding a pseudo-referendum in the temporarily occupied areas of Ukraine. They create and spread leaflets, inspire people in occupation, and provide information to Ukrainian authorities and outside audiences about what is happening in the occupied territories. Ukrainian journalists nominate the Yellow Ribbon Civil Resistance Movement as worthy of the Sakharov nomination for its contribution to the freedom of speech.

Ivan Fedorov was elected mayor of Melitopol until 11 March, 2022, when he was kidnapped by Russian forces and replaced by a pro-Russian interim mayor. Among Ukrainians, Fedorov had become a symbol of resistance, and an example of courage in the face of invasion. Before his kidnapping, Fedorov was taking care of 150,000 inhabitants of Melitopol, and after his release continues advocating for international support for the people of Melitopol who live under Russia’s occupation.