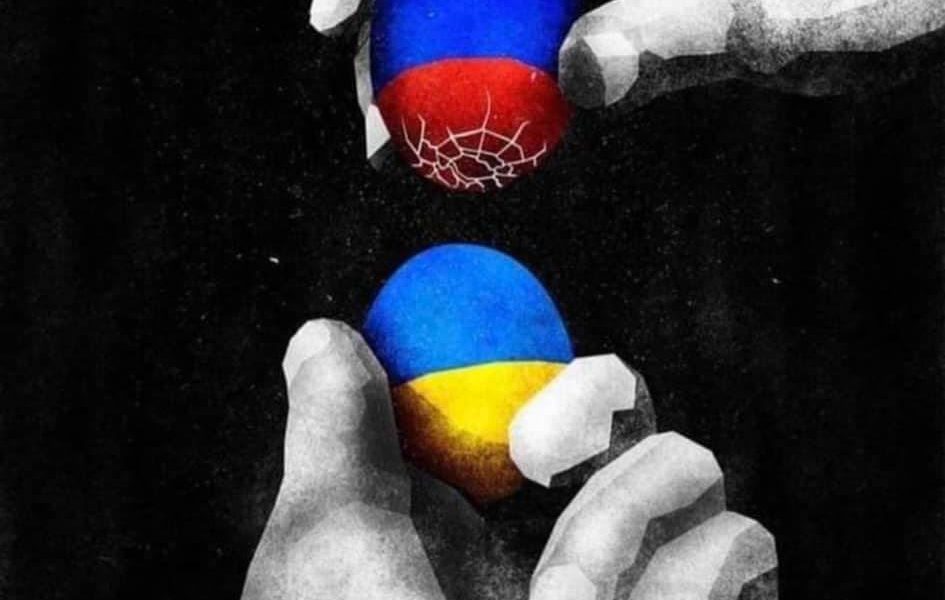 Human Rights Without Frontiers, a Brussels-based NGO, has appealed to the Prosecutor of the International Criminal Court, Karim A. A. Khan QC, to hold personally accountable and prosecute Vladimir Mikhaïlovitch Goundiaïev, known as Patriarch Kirill of Moscow and All Russia, for inspiring, inciting, justifying, aiding and abetting war crimes (Art. 8 of the Rome Statute) and crimes against humanity (Art. 7) perpetrated and being perpetrated by the Russian armed forces in Ukraine, write Willy Fautré and Patricia Duval.

The International Criminal Court (ICC) is currently busy documenting and evidencing war crimes and crimes against humanity committed in Ukraine, and identifying the perpetrators to be held accountable for the said crimes.

The prosecution of Patriarch Kirill falls within Article 25 of the Rome Statute – Individual criminal responsibility – which provides:

3. In accordance with this Statute, a person shall be criminally responsible and liable for punishment for a crime within the jurisdiction of the Court if that person:

On 7 April 2002, the European Parliament adopted a Resolution about “the increasing repression in Russia, including the case of Alexei Navalny,” in which it condemned the role of Moscow Patriarch Kirill in Russia’s war against Ukraine.:

“Condemns the role of Moscow Patriarch Kirill, head of the Russian Orthodox Church, in providing theological cover for Russia’s aggression against Ukraine; praises the courage of the 300 priests of the Russian Orthodox Church who signed a letter condemning the aggression and expressed their grief over the ordeal of the Ukrainian people, calling for an end to the war.”[i]

HOW DID PATRIARCH KIRILL AID, ABET OR ASSIST IN THE COMMISSION OF THE SAID CRIMES?

On 24 February 2022, President Putin of the Russian Federation ordered its army to simultaneously cross the northern, eastern and southern borders of Ukraine, a sovereign State, against the will of its people and government.

We have collected a number of public statements made by Patriarch Kirill before and during the Russian “special operation” in Ukraine, by which he abetted Ukraine’s invasion and the ensuing war crimes and crimes against humanity.

On 23 February 2022, one day before the invasion of Ukraine, Patriarch Kirill of Moscow and All Russia congratulated Russian President Vladimir Putin on Defender of the Fatherland Day, according to the message published on the website of the Russian Orthodox Church:

“I cordially congratulate you on Defender of the Fatherland Day… I wish you good health, peace of mind and abundant help from the Lord in your high and responsible service to the people of Russia.”

“The Russian Orthodox Church has always sought a significant contribution to the patriotic education of compatriots, which sees in military service an active manifestation of evangelical love for neighbors, an example of loyalty to the high moral ideals of truth and good.”[ii]

On 27 February 2022, after the invasion of Ukraine started, during a sermon[iii] delivered at the Cathedral of Christ the Savior in Moscow, the Patriarch blessed the Russian soldiers fighting for the Russian World and Holy Russia in Ukraine:

“May the Lord preserve the Russian land… A land which now includes Russia and Ukraine and Belarus and other tribes and peoples.”

The Patriarch castigated those who fight against the historical unity of Russia and Ukraine, targeting them as the “evil forces”.

He prayed God that the enemies of Holy Russia be defeated:

“God forbid that the present political situation in fraternal Ukraine so close to us should be aimed at making the evil forces that have always strived against the unity of Russia and the Russian Church, gain the upper hand,” he said.

By labelling the Ukrainian defenders as the “forces of evil”, Patriarch Kirill gave his blessing and canonical justification for Putin’s “special operation” in Ukraine and the ensuing massacres.

In Patriarch Kirill’s argumentation, the reason why Ukrainians are to be considered forces of evil is that they allegedly support the decadent mores imported from the West.

On 6 March 2022, he gave a homily on Forgiveness Sunday[iv] where he addressed Russia’s military operation in Ukraine in the following terms:

For eight years there have been attempts to destroy what exists in the Donbass. And in the Donbass there is rejection, a fundamental rejection of the so-called values ​​that are offered today by those who claim world power. Today there is such a test for the loyalty of this government, a kind of pass to that “happy” world, the world of excess consumption, the world of visible “freedom”. Do you know what this test is? The test is very simple and at the same time terrible – this is a gay parade. The demands on many to hold a gay parade are a test of loyalty to that very powerful world; and we know that if people or countries reject these demands, then they do not enter into that world, they become strangers to it.

He further explained that the Russian World and Holy Russia will never tolerate on their soil those who adhere or tolerate such a decadent civilization:

He went on: “All of the above indicates that we have entered into a struggle that has not a physical, but a metaphysical significance.”

The Patriarch therefore considers that the territory of Donbass and other Ukrainian areas “belonging” to “Holy Rus”[v] should be purified from their enemies, i.e. the supporters of Western decadent values.

Going further in his homily of March 6, the Patriarch of Holy Russia called for a fight “for human salvation”:

“Therefore, what is happening today in the sphere of international relations has not only political significance. We are talking about something different and much more important than politics. We are talking about human salvation, about where humanity will end up, on which side of God the Savior, who comes into the world as the Judge and Creator, on the right or on the left.”

In particular, the people of Donbass have been fighting to protect their faith:

“Today, our brothers in the Donbass, Orthodox people, are undoubtedly suffering, and we cannot but be with them, first of all in prayer. It is necessary to pray that the Lord would help them to preserve the Orthodox faith, not to succumb to temptations and temptations.”

All in all, Patriarch Kirill has backed Putin’s purifying “operation” in Ukraine by equating it to a spiritual purification of Ukraine, a religious cleansing operation and religious crusade.

The proximity between the Russian Orthodox Church (ROC) and the Kremlin is however not only physical, as they are only a few hundred meters from each other, but it is also political, geopolitical and spiritual.

In a long article titled “The Law, the Rights and the Rules,” and published in The Diplomat Magazine on July 4, 2021, Sergey Lavrov, Russian Minister of Foreign affairs, criticized the “aggressive LGBT propaganda” by the “enlightened Europe”, the US interference in church affairs, “openly seeking to drive a wedge into the Orthodox world, whose values are viewed as a powerful spiritual obstacle for the liberal concept of boundless permissiveness”.[vi]

Quite often, Patriarch Kirill has presented President Putin as the sole defender of Christianity in the world and even as the savior of Christians in Syria after he had sent his troops to save Bashar al-Assad and his regime.[vii]

·     I. How did Patriarch Kirill aid, abet or assist in the commission of the said crimes?

The Russian World: Collusion between President Putin and the ROC

Call for Spiritual Expansionism and Eradication of the “Forces of Evil”

[i] Resolution of 7 April 2022 about the increasing repression in Russia, including the case of Alexei Navalny: https://www.europarl.europa.eu/doceo/document/TA-9-2022-0125_EN.html

[ii] Message published on the website of the Russian Orthodox Church: http://www.patriarchia.ru/db/text/5900861.html

[v] See under Background below for the meaning of this concept, p.8.

Further reading about FORB in Russia on HRWF website

Willy Fautré is the Director and Patricia Duval is the Attorney of Human Rights Without Frontiers, a leading Brussels based Human Rights NGO. 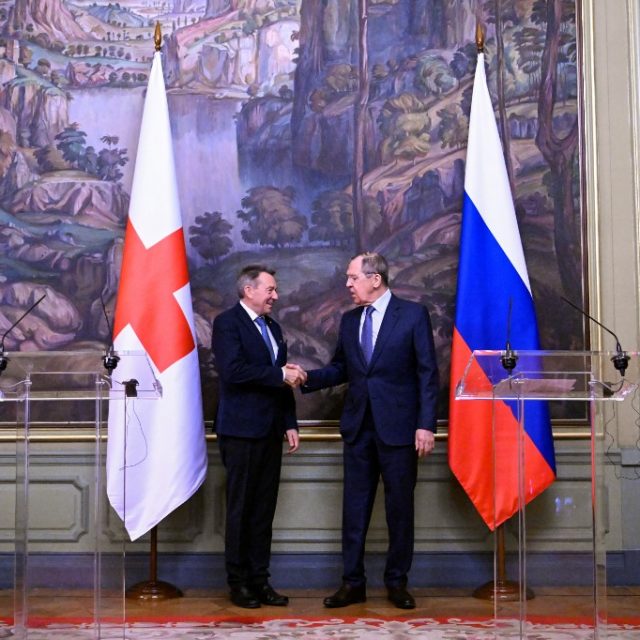 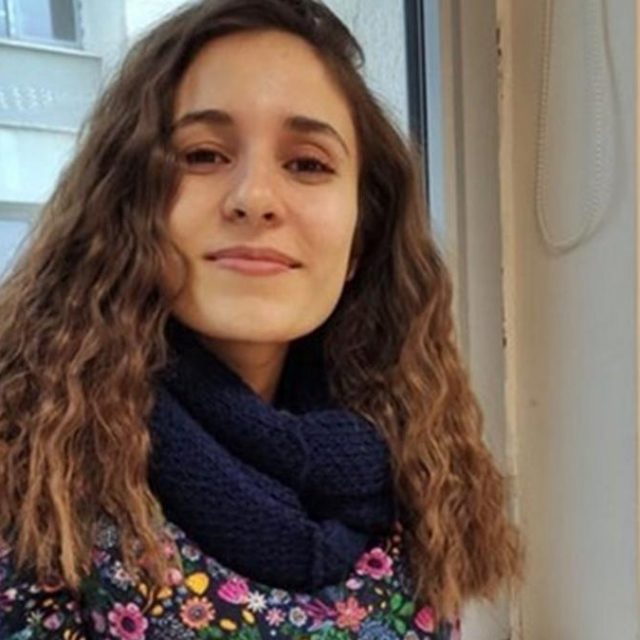