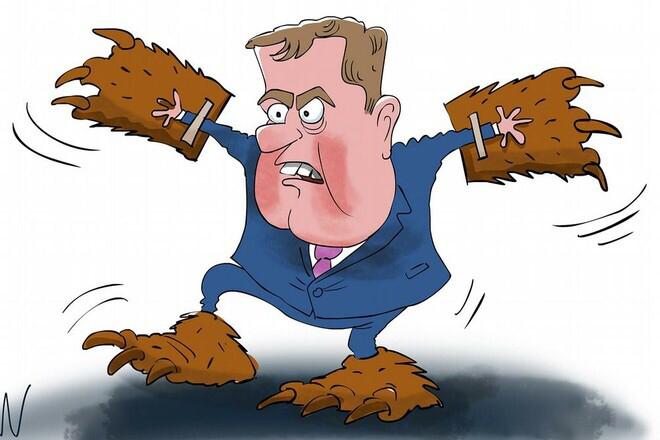 Representatives of the Russian authorities continue to voice their expansionist imperialist intentions to seize foreign territories. Ex-President of Russia Dmitry Medvedev said that Kyiv is allegedly a “Russian city” hinting that Russia is going to capture it again. The Russian army has already tried to capture Kyiv, but was forced to retreat. Despite this, Moscow does not give up its imperial ambitions.

The Russian leadership has the same thoughts about other capitals of European countries that were once under Russian occupation, including not only all former Soviet republics, but also Warsaw and Helsinki.

Putin’s invasion of Ukraine unleashed the biggest war in Europe since World War II and provoked a rift between Russia and the West. Russian authorities believe that Moscow has an existential need for territorial expansion.

Today in Russia there is a threat to Putin’s domestic ratings. He cannot explain to Russian citizens why the great army, which he has been expanding and financing all this time, cannot deal with the Ukrainian people.

Russia uses any means to push and consolidate its chauvinistic and imperial narratives in the world. Russian cultural expansion has often been a precondition for territorial expansion, military pressure and terror.

Moscow has never offered Kyiv negotiations, but only ultimatums. Russia’s large-scale missile attacks on Ukraine’s critical infrastructure are proof of this.

Russia, not having finished the current war, is already preparing for the next war with Ukraine. The Russian side will consider the truce as its victory and will continue to claim to promote its expansionist policy. Any truce will represent only a prelude to the next stage of the war in a certain time.

Any negotiations with the Kremlin obsessed with territorial expansion are self-deception. Only sanctions and arms supplies to Ukraine will stop the Russian aggressor.