Skip to content
You are here
Home > Foreign Affairs > How will the US and the EU deal with China? 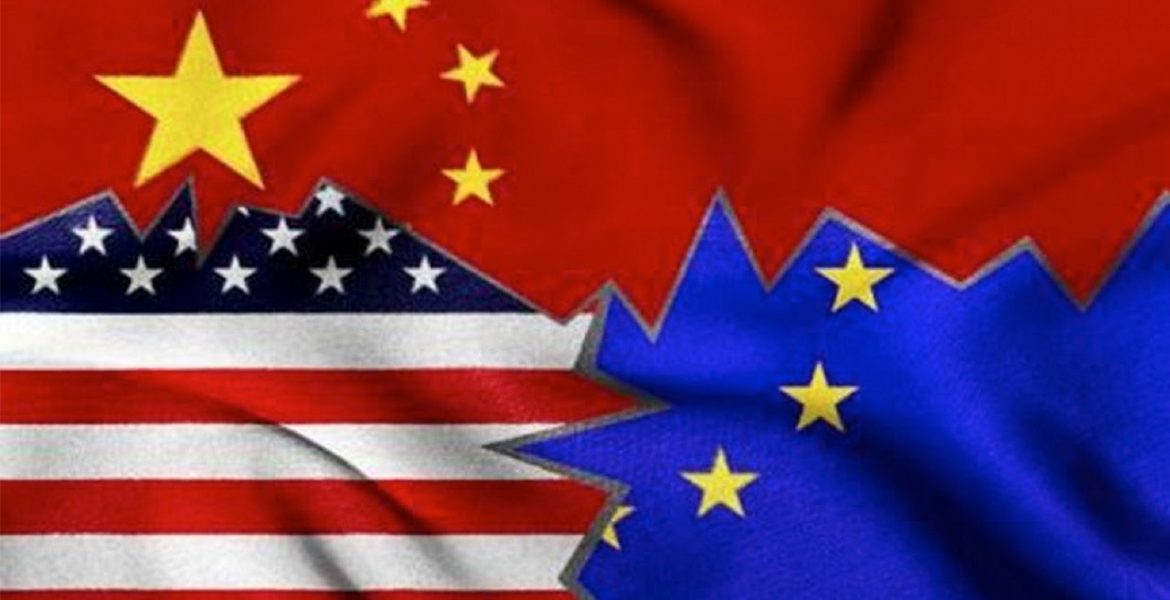 Joe Biden in the White House would remove the threat of a US-EU trade war from the table, and open up new areas for co-operation. But the US and EU would still disagree on many issues, particularly how best to deal with China, writes Sam Lowe.

The EU’s trade relationship with the US has suffered during the tenure of President Donald Trump. Trump’s obsession with bilateral trade deficits, and his perception that the EU takes advantage of the US, have led to him using national security concerns as an excuse to levy tariffs on EU steel and aluminium exports – while continually threatening to do the same to European cars. The EU’s response to Trump’s unorthodox trade policy has been to strike mini-deals (such as the recent decision to remove tariffs on American lobsters in return for the US reducing tariffs on cigarette lighters) where necessary, to avoid further escalation, but otherwise wait him out in the hope that someone more amenable will replace him.

A Joe Biden victory on November 3rd would vindicate the EU’s strategy and bring to an end the chronic economic uncertainty associated with Trump and his propensity to lash out with tariffs. A Biden presidency would offer an opportunity to re-set the US-EU trade relationship, and open up some new opportunities for productive co-operation. But the Biden approach may not be as pro-free trade as the EU would like, with protectionist rhetoric around Buy American provisions featuring prominently in his campaign. And the two powers would continue to disagree on many issues, particularly on how best to deal with China.

Trade policy is unlikely to be a top priority for a Biden administration that would be tasked with mopping up the economic wreckage of COVID-19. And when trade does enter the discussion, domestic political pressure will probably centre on efforts to re-shore some medical and other critical supply chains, bring China into line, and bolster American influence in the Asia-Pacific region. However, Biden and the team around him are keen to re-build bridges with the EU, and mend some of the damage caused by Trump. This would mean that Trump’s threat of national security tariffs on imports of European cars would probably be taken off the table once and for all, and the chances of the US removing its tariffs on imports of EU steel and aluminium (as well as imports from other allies such as Canada, Japan and the UK, but probably not China) would be high.

It is also possible that a Biden presidency could finally see the end of the 16-year dispute between the US and EU over their respective subsidies to Boeing and Airbus. The dispute has led to the US applying WTO-approved tariffs of up to 25 per cent to a range of EU products, and the EU gaining WTO authorisation to place tariffs on $4 billion of US goods. So far the EU has opted not to impose tariffs, and will probably hold off until the US election result is known. If Biden wins, and signals that he is willing to negotiate a compromise settlement once in office, the EU would probably hold fire, opening up the possibility of a settlement.

But those hoping for a swift US-EU trade deal to place transatlantic economic ties on a firmer footing are set to be disappointed. A comprehensive US-EU free trade agreement would probably be viewed as more hassle than it is worth by both the US and EU. The legacy of the failed TTIP negotiations under President Obama lingers, and the divergence between US and EU attitudes to food standards and agriculture market access has, if anything, widened, with a larger Green presence in the current European Parliament. And while it is possible that Biden and his advisors would be happy to pursue an agreement with the EU focused solely on uncontentious issues such as industrial goods and mutual recognition of conformity assessment (as offered by the EU to Trump), it is unlikely that a trade deal that failed to unlock new market access for American farmers would be ratified by Congress. Furthermore, the expiry of trade promotion authority (a temporary power given to the president by Congress) next July means Biden would need to regain approval from an increasingly protectionist Congress to negotiate US trade agreements on its behalf, further reducing his scope for flexibility and compromise.

There may be opportunities for transatlantic co-operation in trade-adjacent areas, however. On climate change, a Biden administration would re-join the Paris Agreement, and he intends to explore the introduction of a border carbon adjustment mechanism (BCA) that would see additional charges levied on carbon-intensive imports. With the EU already planning to introduce its own BCA, it would be in the interest of both parties to co-ordinate to ensure that their approaches were compatible. At the very least, assuming that US efforts to address climate change increase under Biden, the EU and US should ensure their climate and BCA regimes do not lead to new carbon charges being applied to the imports of goods from each other’s territories.

On digital services, EU-US disagreement over if and how to tax (largely US) tech giants will rumble on. Yet it is possible that a Biden administration could commit to re-engage with the OECD multilateral negotiations so long as the EU, and member-states such as France, agreed to hold off from unilaterally introducing their own schemes. But it is more difficult to see how disagreements over data sharing can be resolved. In July, the European Court of Justice struck down the US-EU Data Privacy Shield agreement – because US levels of protection from government surveillance are not deemed equivalent to those of the EU. This decision has stymied the free-flow of EU personal data across the Atlantic. Addressing the issue, and allowing a new agreement to be reached, would require the US to change its own federal and state-level rules and beef up its domestic framework, which is theoretically possible, yet in practice unlikely.

But perhaps the biggest challenge for the US and EU relationship will remain their divergent opinions on how best to respond to the rise of China. Here, it is unlikely that US attitudes towards China under a Biden administration would soften. My colleagues have explored the implications of this for wider EU foreign policy in a recent CER policy brief ‘Europe, the US and China: A love-hate triangle?’. In the trade policy space, a renewed focus on China’s human rights abuses could see Biden take an even tougher line than Trump, and introduce further economic sanctions, alongside current restrictions on the activities of US multinationals operating in China and their ability to use Chinese technology. And while the US will look to the EU for support, it might not be forthcoming, at least not to the extent desired, due to conflicting views between member-states over how best to address the China question, and a reluctance to risk embedded economic ties. However, the recent efforts by the EU to beef up its screening of foreign direct investment and to develop measures to prevent companies operating in its market from benefiting from foreign subsidies point to a hardening of attitudes towards China.

As to the US’s recent efforts to undermine the WTO, and in particular its refusal to appoint new members to the appellate body (AB), we should remember that the US’s issues with the WTO did not originate with Trump, and will linger long after he leaves office. But a Biden administration will probably work more constructively to update the rules. On the AB in particular, much has been written by people close to the Biden campaign outlining proposed solutions – that if enacted could lead to the US agreeing to appoint new members, and the reinstatement of the WTO’s appeals function. If this comes to fruition, it would offer an opportunity for the EU to work with the US to re-shape the multilateral rules-based approach. It is not a certainty, however, and would remain politically challenging for the EU, which has historically disagreed with much American criticism of the WTO and its AB.

There are many reasons for Europeans to hope for a Biden victory, above all the restoration of normality and predictability in America’s relations with its allies, after the chaos and mutual incomprehension of the Trump period. But they should not kid themselves that Biden is a European in disguise. There will be plenty of transatlantic disagreements ahead; and Biden’s priority will be the interests of the US and its voters, not the promotion of freer transatlantic trade.

The Author, Sam Lowe, is a senior research fellow at the Centre for European Reform. 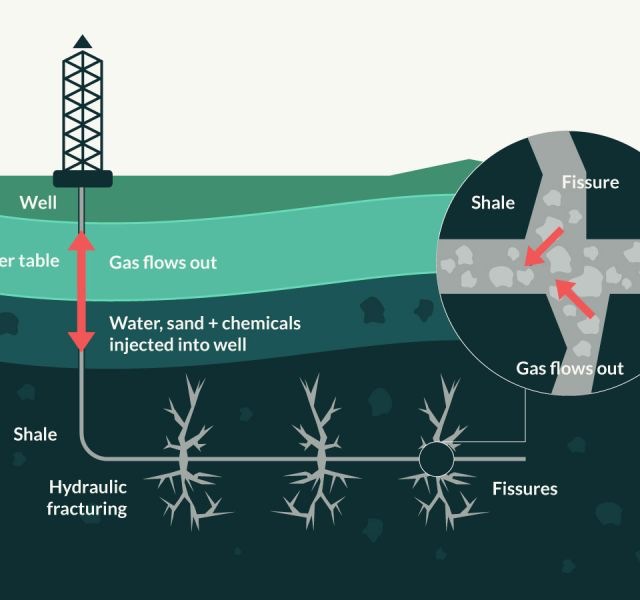 Ukraine. What to expect from the Presidential Run-off vote?