Skip to content
You are here
Home > Foreign Affairs > Hero City of Grief and Hope: Stories from Irpin 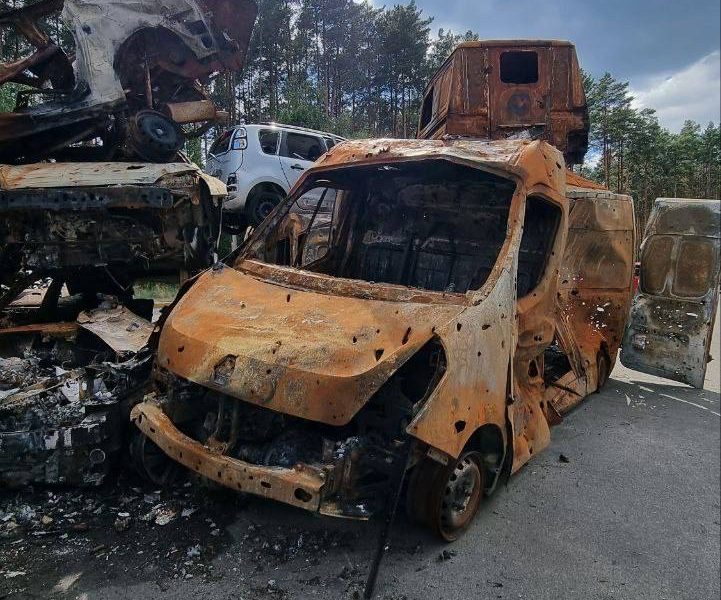 From the first days of their invasion, Russian troops advanced to the capital of Ukraine from several directions. In the north-western direction, the enemy could not get to Kyiv due to the heroic defense of the suburbs. One of those heroic towns is Irpin. This is a very beautiful, modern town, which is now half turned into ruins – with 50% of its buildings destroyed. Residents of Irpin experienced terrible violence and great grief during the almost month-long occupation in March.

On 28 March, the mayor of Irpin announced the complete liberation of the town from the occupiers. All this time there were local residents in the town who could not leave. They saw all the fighting with their own eyes. Some residents were forced into basements, stripped of their clothes (and it was very cold in March), kept there for many days – this was confirmed by the mayor of the town. According to him, some were simply shot because the Russians “didn’t like them”. Some were crushed with tanks. Hundreds of people were tortured and killed. Some of them, adults and children, were buried by neighbours in yards or local parks.

On 24 March, by the Decree of the President of Ukraine in order to highlight the heroism and resilience of its citizens Irpin was awarded the honorary title “Hero City of Ukraine”.

On 18 April, it was reported that a special group of National Police investigators had finished documenting Russian war crimes in Irpin. They examined 269 bodies of dead residents of the town, who were later buried. The collected evidence will be used in international courts.

Currently, Irpin is slowly starting to heal its wounds, clean up and recover with the help of local residents and volunteers.

Residents of Irpin, who managed to survive the occupation, have entrusted their stories to the Museum of Civilian Voices of the Rinat Akhmetov Foundation.

The Museum of Civilian Voices is the world’s largest archive of accounts from civilians who suffered from Russia’s war against Ukraine. The mission of the Museum is to collect, file, categorize and share the stories of Ukraine’s civilians for a better understanding of life during the war for the purpose of creating a better future. The archive of the Museum of Civilian Voices already contains more than 30,000 first-hand and unique testaments.

Three stories of people from Irpin.

Serhiy Perebyinis learned about the death of his children and wife from social networks. On the photos, he recognized the clothes his daughter and son were dressed in. The Perebyinis family lived in Irpin. They are IDPs from Donetsk.

On the eve of the Russian troops’ invasion, the man left for Donetsk to visit his mother who had gone through a severe form of COVID. His wife Tetiana and his children remained in Irpin and died under mortar shelling during their evacuation attempt. Serhiy wants the killers to be brought to justice and punished. You can watch and hear his story here.

A residential complex in Irpin named Rich Town, consisting of about a thousand apartments, came under shellfire from the Russian troops in March. All this time, Roman Mohylyanets, the head of the condominium association, remained on the territory. He evacuated people and delivered humanitarian cargo.

He buried a killed mother and child in the park that is called “Mama”. They came under mortar fire and were burned alive. Roman took some photos and recorded some video of the life of their residential complex and the town from the first days of the full-scale war. His story is here

Serhiy Sotnychenko, a Ukrainian filmmaker, spent a month under shelling in Irpin. All this time the town was on fire and kept turning into ruins. Serhiy’s house was the only one on the street that remained intact.

Then, without waiting for the “green corridor”, he put his elderly mother on a garden cart and fled from the besieged town. He told his story and shared some footage of shelling from his personal archive. You can find his story here.

Since the beginning of Russia’s invasion of Ukraine in 2022, the Museum has become an archive of the tragedies of the whole Ukrainian nation. The Rinat Akhmetov Foundation’s staff members and volunteers continue to communicate with people and record their stories. 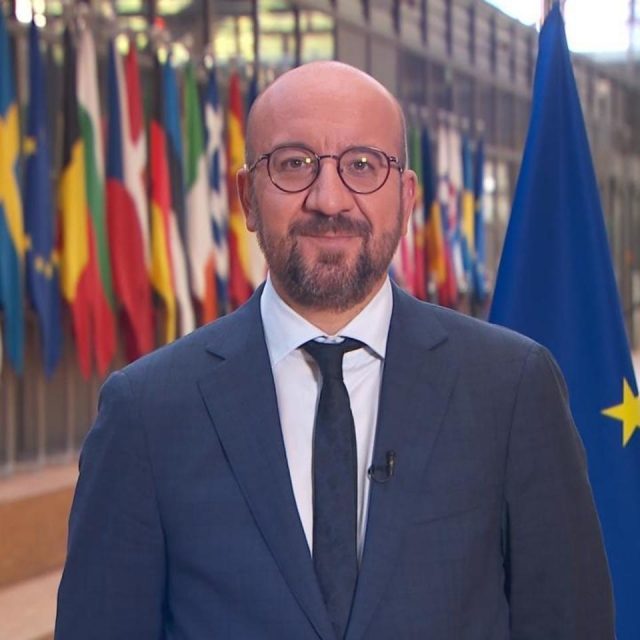