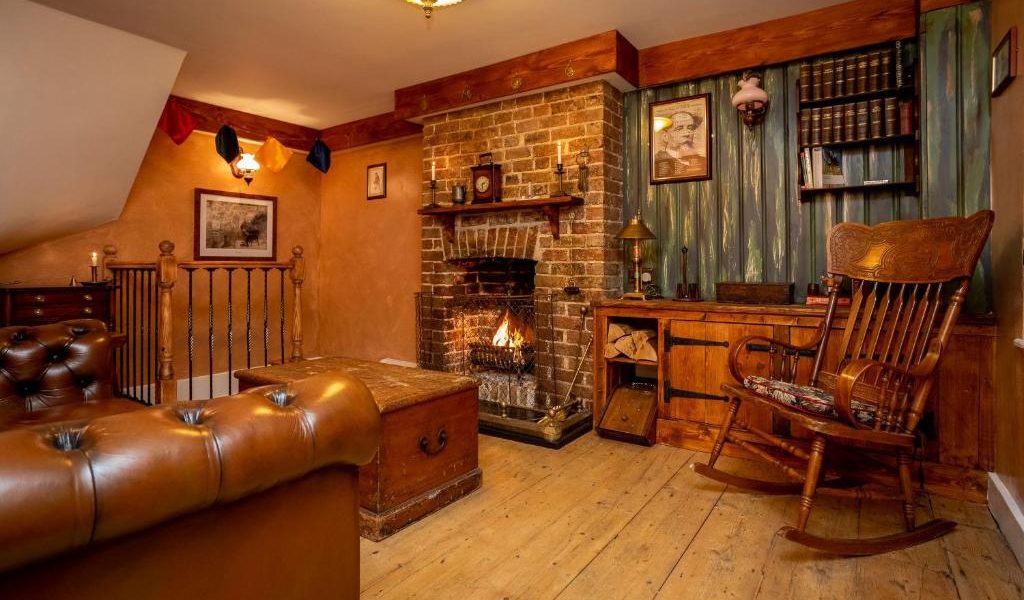 The UK may have left the European Union but EU funding is still helping to regenerate at least one part of the country.

Thanet is being revived as a tourist destination partly with the financial aid of an EU project called Interreg Europe.

Aid from the Interreg France Channel England initiative goes towards “Experience,” a €23.3m project that aims to capitalise on the emerging global trend for personalised and local tourism experiences.

From 2020 Visit Kent has been working with local partners to promote both tourism and non traditional tourism.

These include Nordic walking stays at the Langmead guest house in Ramsgate which are organised by the very well informed owner Denise Hill.

Nordic walking is a Finnish-origin total-body version of walking that can be done both by non-athletes as a health-promoting physical activity. The activity is performed with specially designed walking poles.

Denise takes walkers on an enjoyable and informative walking tour of the area, pointing out the many local places of interest, including Spencer Square where Dutch painter Vincent Van Gogh lived for a spell.

Another stop on her tour leads you to where the architect Pugin (who designed Big Ben and the Houses of Parliament) built the much admired St Augustine’s church.

Denise’s B&B (with family and twin rooms and with clear views of the French coast and also Pegwell Bay National Nature Reserve) is a very pleasant place for a stopover, with street parking and close to the station and town centre including Ramsgate’s Royal Harbour.

Another “Experience” is the Crab Museum in Margate which upholds the seaside tradition of quirky attractions with its collection of curious crustaceans.

Located between Ramsgate and Margate is the genteel resort of Broadstairs where you will find yet another Interreg “Experience” in the shape of Fagin’s Den.

This is one of several tastefully refurbished fishermen’s cottages which, in the case of Fagin’s Den, has been turned into new Charles Dickens-themed self catering accommodation, with Dickensian costumes and an indoor treasure trail for guests.

It is named after the character Fagin in Oliver Twist and Dickens enthusiasts can step back in time with furniture, memorabilia, books, games and artwork creating the ambience of the time. To add to the fun are the two treasure hunts, one for adults and one for kids, where the aim is to find Fagin’s hidden stash. The cottage has two bedrooms and can comfortably sleep 4 people.

A couple of other local “attractions” are also well worth a mention, including Col’s Bike Tours, run by the very friendly Liverpool-born Colin Welsh and his East End chum Simon Mason. The pair take you on an enjoyable bike tour of Margate, Broadstairs and Ramgate exploring little known places (such as Plains of Waterloo, a street in Ramsgate where Karl Marx lived) along with more iconic sites like the nearby Turner Contemporary gallery, (free entry).

Speaking of Waterloo, it’s a little known fact (highlighted by Colin and Simon) that first news of Wellington’s victory over Napoleon at the Battle of Waterloo in Belgium was first received at Broadstairs (a plaque on the seafront is testament to this).

While in Broadstairs, the “jewel in the crown” in Thanet, you must try the Captcha Code, an original game that hybrids a treasure hunt and an escape room, exploring the town’s timeless charm. It also gives you the chance to interact with local businesses and uncover the town’s intriguing history. It’s located above a bomb shelter and an indoor escape room is planned in case of bad weather.

With summer approaching – and the improved post pandemic travel situation – there’s never been a better time to consider a break in what is, after all, pretty much the nearest bit of the UK to people in Belgium.

Londoners, in fact, have been escaping to the Isle of Thanet for more than 200 years, both for the laidback seaside vibe, breathtaking sandy beaches, fresh sea air and romantic Turner skies. Here at the very edge of the Garden of England, three Georgian and Victorian resorts, each with its own distinctive character – Margate,Broadstairs and Ramsgate – cluster around the bays at the far end of a peninsula.

Throw into the mix upcoming summer events music venues large and small and special one-off places to eat, drink, shop and it all makes for a lovely stay, year round.

Artists, writers and musicians – from Van Gogh and TS Eliot to Bob & Roberta Smith and the Libertines – have long been inspired by this almost island and continue to be drawn here.

Turner said Thanet had “the loveliest skies in all Europe” while for Dickens Broadstairs was “the freshest, freest place.” Local artist Tracey Emin declares in pink neon on Margate seafront that: “I never stopped loving you”.

The Isle’s (once upon a time it was cut off from the mainland) a historic landing place steeped in symbolism for the story of Britain: the first Saxons Hengist and Horsa arrived and settled here and St Augustine first stepped onto its shores on his way to nearby Canterbury.

While in the area try to squeeze in a visit to Canterbury (Colin also operates 80km bike tours from the coast to city which gives a chance to immerse yourself in Kent’s history). This is good not just for the famous Cathedral, the seat of the Anglican faith which pulls in nearly 1m visitors per year, but (more hedonistically) for a visit to The Ambrette, a delightful restaurant just a stone’s throw from the cathedral serving some great Anglo-Indian food.

Twelve years of the Ambrette restaurant in Thanet sadly recently came to an end when the doors closed at the Margate site.

The Ambrette was frequently cited as making a significant contribution to Margate’s economic revival ahead of the opening of the Turner Contemporary gallery in 2011 and Dreamland amusement park reopening in 2015 but owner Dev Biswal says the business will now be refocusing resources and teams on the  Canterbury site.

The chef-owner of the multi award-winning restaurant  has established a reputation for authentic Indian regional dishes, showcasing local seasonal produce fused with exotic ingredients, and given a contemporary gourmet twist.

Dev, who first arrived in the UK in 1995 from Dubai, said, “It was a hard decision closing the Margate restaurant but I was close to burn out and the pandemic hit our family hard to this is a good move for me. I am very passionate about food and this helps me rediscover that passion.”

Thanet itself is the furthest south east you can go in Britain. It almost touching mainland Europe (in fact, it was once part of Europe many millions of years ago).

These days, this bit of England is only 75 minutes from central London and now with Turner Contemporary and high-speed trains from the capital a whole new generation is discovering this original seaside destination.

If you’re looking for inspiration for somewhere different that isn’t too far from home in Belgium, then Thanet is well worth a visit.

For information on the area or accommodation visit visitthanet.co.uk 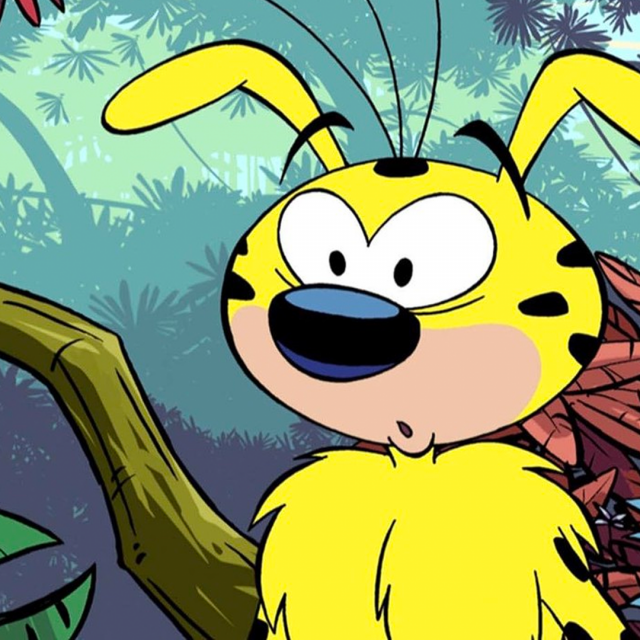 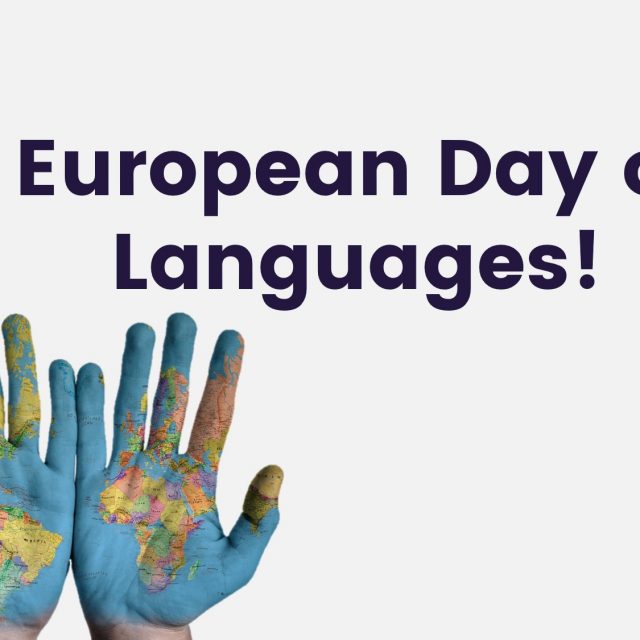 26 September is the European Day of Languages