Brussels is gearing up for its undoubted sporting highlight of the year – hosting the start of the Tour de France, the world’s most famous cycling race.

It was back in 1969 when the man fondly dubbed “the Cannibal” won his first Tour. He was later cheered by thousands on the balcony at the Hôtel de Ville for his superb performance that year.

He went on to wear the famous yellow jersey no less than 111 times, a record that remarkably still stands today.

The Tour has passed through Brussels 11 times but the last time the Grand Depart took place here was way back in 1958,  the same year as the Universal Exhibition.

To mark next month’s historic occasion a whole range of special events have been lined up in Brussels to both celebrate cycling and honour its cultural heritage.

These below are some of the Grand Départ highlights:

Wednesday 3 July: Opening of the welcome centre at Brussels Expo, on the Heysel Plateau;

Thursday 4 July:  The fan park opens. From 4-7 July, a space exclusively dedicated to the Tour will be set up in the Place de Brouckère in the city centre. Over the four days, until the end of the last stage of the Grand Départ, events, games and workshops will be organised here;

4 July: Introducing the teams, one of the highlights of the Grand Départ. Crowds will gather to see the 22 teams of 8 racers, who will thrill spectators for 3 weeks. A range of shows will also take place.The champions will leave the Place des Palais and go through the Royal Galleries of Saint-Hubert, giving spectators exceptional views. The teams will be presented in the Grand-Place;

Friday 5 July. Belgian championship final of the Eddy Merckx game. Just like Eddy’s first Tour victory the famous board game named after him is celebrating its 50th anniversary;

Saturday 6 July: Road stage Brussels-Charleroi-Brussels.The tone will be set during this first, 192km stage of the 2019 Tour. On leaving Molenbeek Saint-Jean and then Anderlecht, the racers will already be thinking about the Mur de Grammont, a steep, cobbled street at 43km, which was on the route of Eddy Merckx’s first Tour in 1969. Brussels communes on the route include Molenbeek Saint-Jean, Ganshoren, Koekelberg, Anderlecht, Etterbeek, Woluwe-Saint-Pierre and Auderghem;

Sunday 7 July. Team time trials stage in Brussels.The first surprises of the 2019 Tour are predicted on this 28km stretch, starting with a possible change in leader. The sprinter will probably have taken over the evening before.

The wide streets of Brussels will give the best-equipped teams a chance to display their strength, with few corners and a series of false-flats testing their technical virtuosity. Brussels communes on the route include Etterbeek, Woluwe-Saint-Pierre, Auderghem, Watermael-Boitsfort, Ixelles, Woluwe-Saint-Lambert and Schaerbeek.

This year’s Grand Depart is a chance to recall Eddy’s links to Brussels which are well known. He competed in his first cycle race in Laeken on 16 July 1961, finishing 6h. His family once ran a grocery shop in Woluwe-Saint-Pierre and he lived the commune for 27 years with his parents. It was also where he won his first yellow jersey during a Tour stage in 1969. Both a square and a school are named after him in the commune while the bike he used during his 1972 Tour is on display at Anderlecht metro station.

Both Brussels – and Belgium – are equally known for cycling, of course.

With its three classic bike races in Flanders, two in Ardennes and around 10 semi-classics, the flat country offers a choice of races for amateur cyclists. On an international level, Belgium is ranked second in the cycling nations, according to the International Cycling Union.

Brussels boasts no less than 218km of cycle paths and has seen the number of cyclists double over the last five years. This upward trend, observed since the beginning of the century, has continued with an average annual increase of 13% since 2010.

The city has provided more and more space for bikes and, while the infrastructure still isn’t perfect, things are improving every year.

Laying out cycle paths, creating new parking for bikes and increasing the 30km/h zones are just some of the many initiatives, both public and private, being taken to encourage the people here to get on their bikes.

Brussels also has more than 8,000 hectares of green spaces, making up almost half the area. From the huge Sonian Forest (Forêt de Soignes) to the Bois de la Cambre, many green areas in Brussels are accessible by bike.

A Brussels resident, who is passionate about cycling, has  even recently set up the “Bikes in Brussels” fund (managed by the King Baudouin Foundation). This aims to support projects for infrastructure or equipment that are started by associations, authorities or private and public partnerships. The projects are designed to encourage cyclists to get around the city. The fund is aimed at small and medium-sized projects as much as those needing more substantial work and investment.

A spokesman for Visit Brussels said, “It is for all these reasons and more that Brussels feels great pride and fondness for the Tour.” 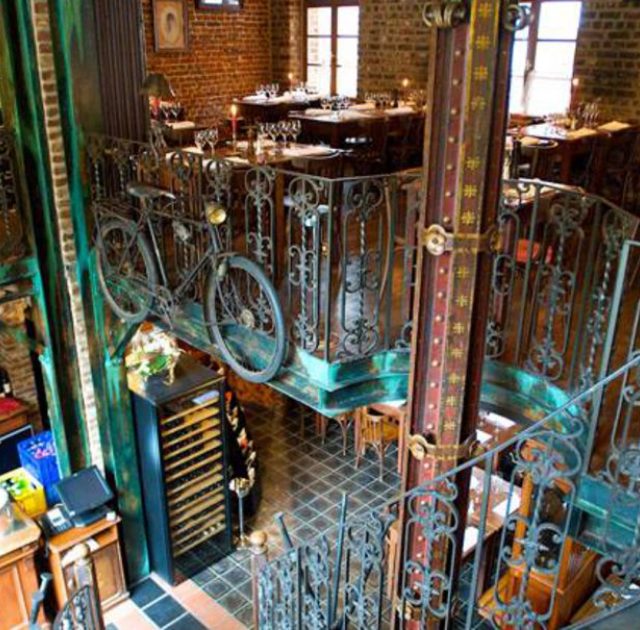