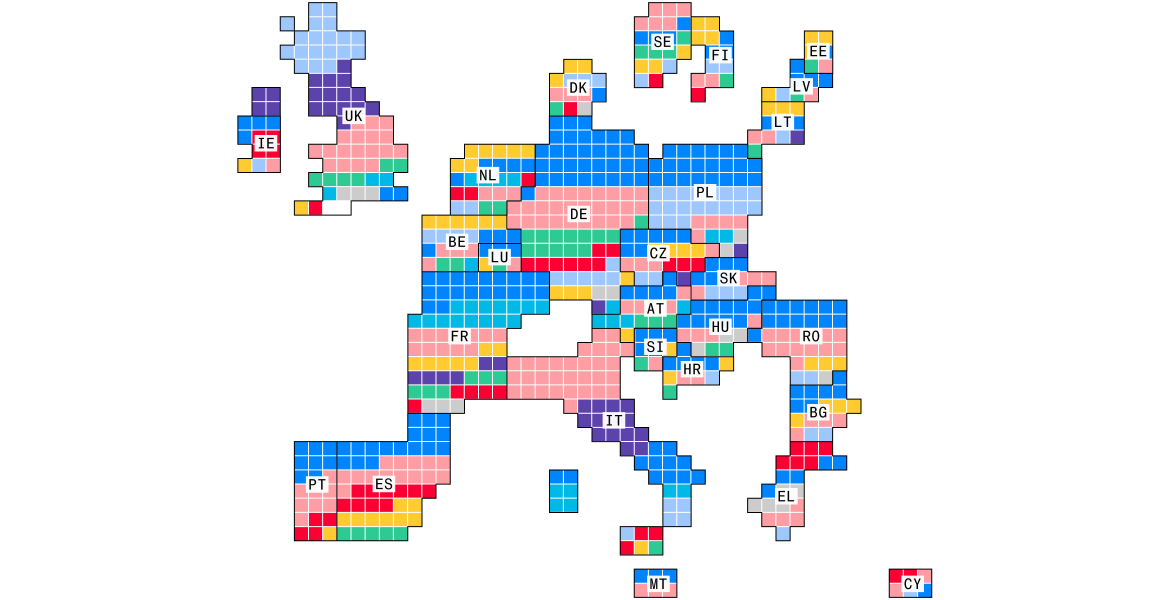 by Shada Islam,
Director of Europe and Geopolitics at Friends of Europe

It’s in the open. Clear and almost official: Donald Trump’s America is in a ‘clash of civilisations’ with Iran, China and – wait for it – the World Trade Organization.

Washington’s list of foes is long and growing longer. Trump and his aides are also in conflict with Islam, Jews, international philanthropist George Soros, liberal democrats and anyone else who believes established Western powers and uppity ‘non Caucasians’ can actually work together for the common good.

Who would have guessed? Despite Europe’s Christian and pure Caucasian credentials, the list of adversaries includes the European Union.

It’s not just about countries and people. The ‘civilisational war’ is also about joining forces to push back against women’s rights, including the right to abortion, stopping same-sex relationships and halting slow but steady progress on minority rights.

Trump’s friends in Europe have a similar agenda. Hungarian Prime Minister Viktor Orban got the red carpet treatment at the White House last week. Here in Europe, goaded on by Steve Bannon, Trump’s erstwhile aide, Far Right populists are working hand in glove with sympathetic Americans and Russians to push an anti-liberal ‘destroy Europe from within’ agenda.

For proof, look no further than the collapse of Austria’s coalition government following release of a video in which Freedom Party leader Heinz-Christian Strache appears to be trading political favours for campaign funds from a supposed Russian millionaire.

The scandal clearly shows the perils of trying to work with the Far Right, a fact now recognised by Sebastian Kurz, the Austrian Chancellor. In the past, it would probably have dealt a strong blow to not just the Freedom Party in Austria but other Far Right parties and politicians.

But times have changed. Europe’s teflon-coated Far Right champions are masters in shrugging off bad news. Meeting in Milan last week, many insisted the Austrian incident was ‘internal business’.

With projections showing that their populist Eurosceptic alliance could be one of the largest groupings in the European Parliament, the Far Right makes no secret of remoulding Europe ‘not for our sake but for our children’.

Pity the children. They can’t vote. But what about all the adults who will be going to the polls?

It’s late in the day. Elections to the European Parliament are starting. But here are some arguments which could still help sway some possibly critical votes.

Let’s agree that Europe isn’t perfect – far from it. Mistakes have been made and will continue to be made. The Eurozone crisis, austerity measures and poor leadership at both the European and national levels have triggered more inequality, social dissatisfaction and sparked public angst about Europe’s future.

But things won’t change unless the next European Parliament and the incoming European Commission include women and men who are committed to creating jobs and growth but also to building a more sustainable, equal and inclusive Europe.

Fixing Europe at home also requires a more proactive and courageous international agenda. Foreign and security policy have not been a top concern in any of the debates among the Spitzenkandidaten. Nor have they carried much weight in the manifestoes of any of the leading European political parties. That can still be corrected.

Despite the pressure from Washington, Europe must pursue its own interests with both Tehran and Beijing

Europe must elect politicians who understand the importance of staying out of America’s upcoming clash with Iran and the volatile and dangerous ongoing strategic competition with China.

Despite the pressure from Washington, Europe must pursue its own interests with both Tehran and Beijing. That means doing whatever is possible to preserve the Iranian nuclear deal while steering clear of any efforts at regime change. Policy towards China should be driven by European, not American concerns. Beijing may be America’s ‘enemy’ but it is both partner and competitor for Europe.

International trade may seem too arcane and complex to be included in electoral conversations – but it shouldn’t. The US-China trade conflict is already having an impact on the global economy. Any further trade tensions between Europe and America will hit a swathe of economic sectors across the continent.

As such, Europe’s future leaders must not surrender to the protectionist siren songs of America’s so-called trade experts. Instead, they should be ready and willing to work with other world powers – yes, even non-Caucasians – to shore up the WTO and renegotiate new trade rules for a changed world.

Finally, forget Far Right fantasies of building ‘Fortress Europe’. Walls and fences to keep out refugees and migrants will not bring peace or prosperity to Europe. With its ageing population, unfilled jobs and declining public finances, Europe needs migration. That does not mean open borders. But it does mean crafting a well-managed policy which opens up legal avenues for living and working in Europe.

Europe’s Far Right politicians would have us believe that they can laugh, insult and offend their way to the top echelons of power. They are glossy, outrageous and confident. Their fame spreads far and wide.

These are the first elections to the European Parliament since the refugee ‘crisis’, Brexit and Trump’s arrival in the White House. It is more important than ever that voters use the opportunity to have their say.

The Author, Shada Islam, is the Director of Europe and Geopolitics at Friends of Europe