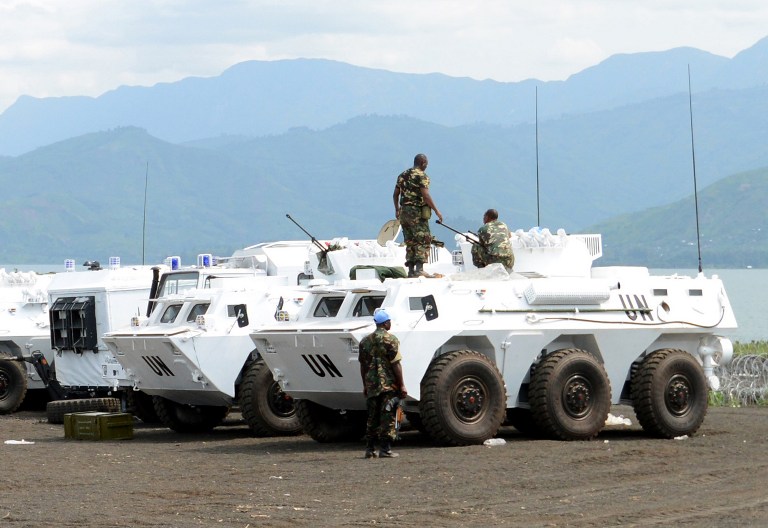 The hottest topic in the Central African Republic (CAR) with local residents and the concerned international community alike is the continued need for the presence of UN troops in the CAR.

Pundits have slammed the inefficiency of UN peacekeeping missions, since those deployed to conflict-torn countries generally fail to deliver on the main aim of their mandate, because they are not able to protect the civilian population from violence.

Accusations of “dysfunctional” have been levelled against the UN mission in the CAR known as MINUSCA. The lack of enthusiasm of the UN bureaucrats responsible to review or reform this operation has led to the question, whether or not MINUSCA is up to the challenges for which it was designed in the first place.

Local citizens and journalists have documented many incidents involving the breach of their mandate by MINUSCA troops. The victims allege verbal abuse and threats, illegal detention, torture and rape. These complaints are being investigated by the UN authorities, but at the time of writing the UN have not yet made public their findings, which unfortunately only adds fuel to the fires of suspicion about the ethical behaviour of their “casques blues.”

Another alleged misconduct by MINUSCA appears to offer an interesting perspective on the specious pretext for the UN to maintain a peace-keeping presence in the CAR. Witnesses have now come forward alleging that the UN Troops are actually cooperating with the same bandits (known as the CPC) who brought violence to the country.

According to reliable sources in Bouar, the Bangladeshi contingent of MINUSCA has supplied the CPC rebels with Belgian-made mines intended for planting on roads leading to the gold and diamond mines. Residents near Bangui report having seen several times a UN helicopter transporting militants to Gbogboro, 12 km from the entrance to Pindao.

Social networks carry video evidence alleging MINUSCA collaboration with CPC, including the film of a joint operation between MINUSCA soldiers and CPC fighters in a forest, which shows two UN peacekeepers dragging the body of a dead man along the ground to hide it in the bushes.  A second social media video shows the Mauritanian MINUSCA contingent at Ngakobo airfield negotiating with CPC bandit generals.

It is deeply concerning that there should be allegations that MINUSCA soldiers are openly collaborating with the CPC, supplying them with food, medicines and arms, giving them shelter and sharing intelligence information. The local population are completely outraged by this betrayal by the very forces who swore to protect peace. But what could be the reason for such an unholy union? What are the MINUSCA soldiers getting in return?

Well, it appears that in Bossangoa, a town located 380km north where mining dominates the activity of the population, UN peacekeepers are reported to be the first buyers of diamonds and gold. The Bossangoa area in the north of the country is not registered as a green zone among the areas authorised for mining by the Kimberley Process which certifies this sector. This means that it is illegal to buy diamonds and gold there. Could it be that illicit diamond and gold trafficking is presenting an irresistible temptation opportunity for the UN Mission in the CAR, under the cover of their status, and with their unlimited access to transportation?

Recently, according to the Central African customs authorities, MINUSCA has been fined for the illegal import of car parts. Customs officials claim that MINUSCA does not declare all goods imported into the territory of the CAR, covered by the framework of their exemption by the government. But what else can they import and export under this special dispensation? Could one answer be cobalt? A shipment was discovered when a UN armoured truck turned over in March 2021 on a Central African road. The truck was loaded with cobalt, mined in the distant regions of the CAR. Recently part of the MINUSCA forces have been relocated to remote areas of the Republic, which might facilitate their exploitation of rare minerals.

Reports from the resource rich regions in the remoter parts of the country suggest that they attract the CPC fighters, because they can provide resources to fund new equipment and ammunition needed to fight the well-trained national forces. The CPC uses illegally mined diamonds and gold as payment to MINUSCA troops for the goods they supply to the CPC. It is quite possible that these murky operations facilitate illegal exports to
Europe where they are lost in the shadow economy and money laundering operations.

The never-ending cycle of violence that has held back the development of the Central African Republic for many years has nothing to do with the low level of education of the people, ethnic tensions or economic instability, as some have claimed. But is it possible that the UN has created a virtual circle of violence that feeds on itself, by requiring the continued deployment of UN troops in mineral rich regions, through assisting CPC terrorists and facilitating their access to weapons?