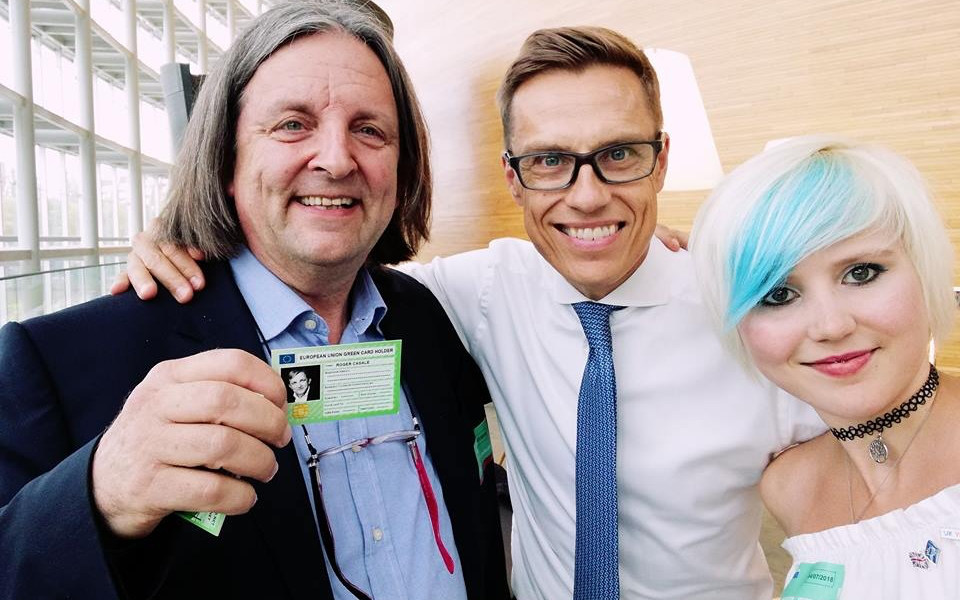 The civil rights organisation  New Europeans has won the prestigious Schwarzkopf Europe Award following an online poll of 18 to 35 year olds across the European Union.

New Europeans will receive the award at a ceremony in Berlin today (3 June) and the award will be presented by former European Parliament President Martin Schulz, himself a former recipient of the award.

It is only the second time in the history of the award that it has been won by an organisation. Last year the award was won by Margrethe Vestager, the Competition Commissioner.

The short-list for the award included the Italian journalist Roberto Saviano and the Romanian prosecutor Laura Codruta Kövesi.

New Europeans was selected because of its campaign for an EU Green Card to ring fence the rights and status of EU citizens in the UK and Britons in Europe post Brexit.

Speaking about the award Roger Casale, said: “We are thrilled to receive this award which comes at a time when more and more people are speaking about the need for citizens to take ownership of the future of Europe.”

“Our Green Card proposal caught the imagination but what is really important for us is that the role of civil society has been recognised.”

“We are one of many organisations in Europe working from day to day to protect civil rights and to make sure that the European project lives up to its ideals.”

Founded in London in 2013 by former Labour MP Roger Casale, New Europeans is now active in several EU member states from its base in Brussels.

The organisation champions the rights of EU citizens and works for a Europe of citizens. “We want a Europe of the citizens – of equality, diversity and social justice, anchored in human rights,”  said Casale

New Europeans has led the campaign for unilateral guarantees for EU citizens in the UK and Britons in Europe and is currently working with the European Commission and the European Parliament to investigate the disenfranchisement of mobile EU citizens from the 2019 European parliamentary elections.

Wide-ranging messages of support have been received from organisations across the EU.

Sonja Stuchtey, Managing Director of Alliance4Europe, said: “It is our shared European home that we build as civil society groups – especially when the voices of politics seem to miss the needs and desires.”

“Thank you, New Europeans, for voicing the needs of European citizens that believe in the shared dream of a Europe united in diversity.”

István Hegedūs, Chair, Hungarian Europe Society, said: “Your ongoing campaigns are highly encouraging for many of us in Hungary who currently feel the increasing pressure caused by an illiberal and anti-European government.”

Rocio Santos, Co-founder and Board member of Europeistas said: “We are especially proud of having met New Europeans in this common path, and to share some initiatives such as the #EUDayInitiative for making Europe Day a holiday in the whole EU as a symbol of our union.”

Ken Sweeney, Editor-in-Chief of Europa United, said: “As we move into a crucial period in the history of Europe, it now more than ever, that organisations like New Europeans exist in order to hold the stakeholders of Europe, both public and private accountable.”

The award ceremony will be attended by an invited audience of students, think tanks, civil society representatives as well as politicians and diplomats. The event is co-hosted by André Schmitz-Schwarzkopf, Chairman of the Board of  the Schwarzkopf Foundation  and Richard Kühnel.