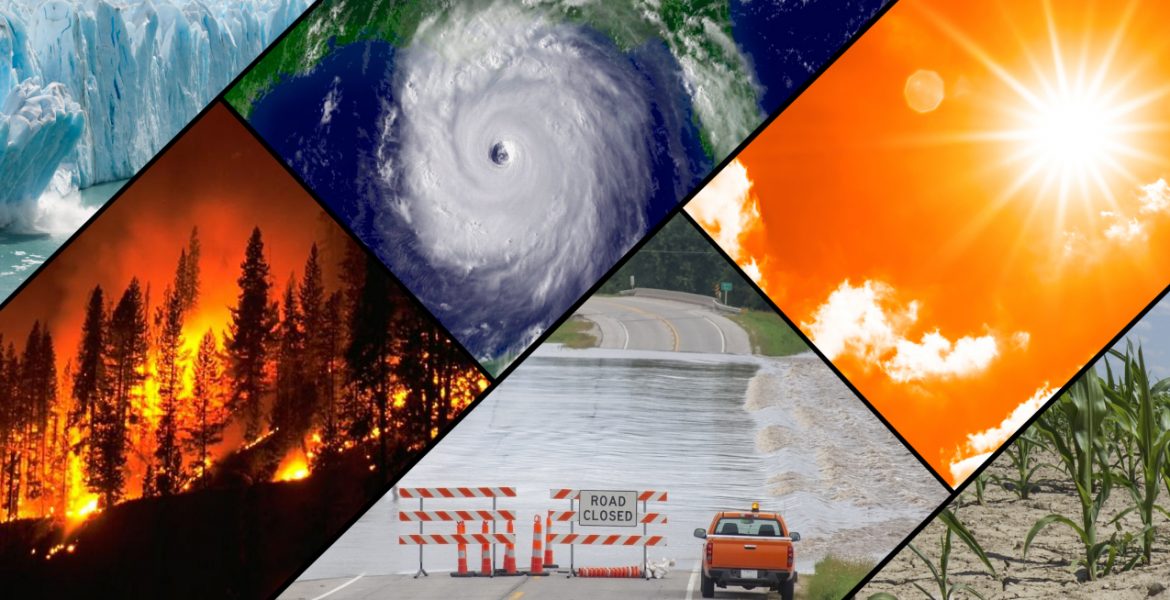 Climate change, Russia’s invasion of Ukraine, pandemics, and rising living costs are among the most important challenges facing the world today, according to a new wide-ranging citizen survey covering 22 countries around the world.

The polling revealed a high level of agreement regarding the most significant challenges facing the world today—and a common desire for bold global action in response.

The findings also highlight a lack of confidence in the international community’s ability to work together to address global threats. Pessimism about the direction of the world is most pronounced in Western Europe and the United States.

The survey, carried out in July by Datapraxis, YouGov, and local providers in Moldova and Ukraine for the Open Society Foundations, covered more than 21,000 people around the world—with more than two-thirds of its respondents living in Africa, Latin and North America, the Middle East, and Asia—making it one of the most ambitious surveys of its kind since Russia launched its full-scale assault on Ukraine six months ago.

Participants were asked a series of questions that ranged from attitudes towards Russia’s war in Ukraine; the fallout from the COVID-19 pandemic; the need for international climate action; and the current cost-of-living crisis. The survey also sought to gauge support across a range of ambitious policy options.

The findings, published in a new report include:

Respondents in the Global North and Global South have differing perspectives on the causes of the invasion of Ukraine. Almost half (49%) of respondents in South Africa, 54% in Nigeria and 56% in India agree that Russia was “justified in wanting to have greater influence over its neighbor Ukraine,” compared to 78% in the UK who disagree, along with 53% in Germany and 58% in the US and France.

But there is strong and widespread support for the view that peace requires Russia to withdraw from Ukrainian territory it has occupied, including in some countries sympathetic to Russian messages such as Turkey and South Africa. Only in four of the 20 countries this question was asked in—Senegal, India, Indonesia, and Serbia—do less than 50% of the respondents take this view. Just 8% of North Americans and 13% of Western Europeans surveyed believe that Ukraine should give up parts of its territory, with only 14% of French people and 19% of Germans sharing this view.

62% of respondents agree that Russia’s aggression against Ukraine could lead to nuclear war, and 65% agree that Russia is a threat to world security.  Majorities in every country, however, want their country to encourage a peace deal between Russia and Ukraine, and believe that the conflict must end so the world can focus on other global issues and needs.

There are large disparities between how importantly respondents in different countries rank Ukraine as a global issue. Concern is particularly high in Eastern Europe and most G7 countries, including Poland (45%) and the UK (39%). Few citizens view the war as a top global priority in Nigeria (21%), India (21%) or Colombia, Egypt, Mexico, Saudi Arabia, and Turkey (less than 20%). Strikingly, just 22% of respondents in the US list Ukraine as a top three global issue, despite robust American financial and military support for Kyiv. More respondents in Kenya (37%) than in Germany (33%) or France (29%) rank the invasion as a top global challenge.

Despite the apparent interest in global solutions, there is clear dissatisfaction with the work of the UN, particularly in richer countries. In only three countries—Kenya, Nigeria, and Ukraine—do at least 50% of the respondents believe that the UN had generally done a good job in relation to the Ukraine invasion—falling to 25% or less in eight countries, including significant UN donors such as France and the US, (both 25%), Great Britain (24%), and Japan (16%). A minority of respondents in Germany hold a more positive view, with 36% saying they think the UN is doing a “quite good” or “very good” job.

Three quarters of respondents agree that the rich countries should “take the lead” on a global insurance fund to protect against the impacts of climate change. 77% thought rich countries should commit more financing to cover damage caused worldwide by climate change. Such measures enjoy significant support, even in richer countries that would be main sources of the needed financing and investment. In the three Western European countries included in the poll—the United Kingdom, Germany, and France—58% of respondents would support dedicating 2% of their national budget to a global solidarity fund to help those most in need—with the figure rising to 65% in France. In the US more than half (53%) agreed with the idea.

There are high levels of anxiety about potential food shortages in low- and middle-income countries. In the three Latin American countries, surveyed, (Brazil (69%), Colombia (90%), and Mexico (83%)), 80% of respondents agree that they “often worry about whether my family will go hungry,” compared to 77% in the four sub-Saharan countries surveyed. (Kenya, Nigeria, Senegal, and South Africa) and 56% in India. Even in the US (39%), UK (29%) and Western Europe (33%), significant minorities worry about their family going hungry “to some extent.”

83% of respondents support “to some degree” the proposal that international government collaboration should be “doing more to regulate food prices and provide emergency subsidies to the poor.”

Respondents were asked whether they would support “countries opening up more safe and legal routes for refugees, just as Europe did with the Ukrainian refugees.” There is strong level of support for taking this approach to assist refugees both globally (76% positive) and in neighboring or nearby countries (74%).

People are generally pessimistic about the state of their country. Only in Asia do more respondents think their country is heading more in the right direction than the wrong direction: (India 52%, Indonesia 51%, Singapore 51%, with the outlier of Japan at 14%).

European and American citizens are pessimistic about the state of the world.  63% of people in Western Europe and 65% in the US feel their country is heading in the wrong direction, compared to 34% across Asia. 44% of Ukrainians feel the world is moving in the right direction, possibly responding to the significant levels of international support.

People are far more optimistic about their own lives than national or global politics.  Across all 22 countries, more than half answered that things were going in the “right direction.” The optimists are most evident in Latin America (69%) while Western Europe (47%) and Middle East/North Africa (41%) were most pessimistic.

There is wide-ranging support range of ambitious global policy solutions—including cancelling the debts of the poorest countries and reducing the debt payments of countries which are struggling. Predictably, support for this measure is highest in those lower- and middle-income countries that would be the principal beneficiaries, Latin America and Sub-Saharan Africa.  (79% and 86% in favor respectively). However, even in Western Europe and the US those in favor of debt cancellation (56% and 57% respectively) outnumber those opposed by 27 and 29 percentage points respectively.

Commenting on the findings of the survey, Mark Malloch-Brown, president of the Open Society Foundations, told this site: “In difficult times, we tend to focus on what divides us. But this poll shows a common sense of the nexus of crises engulfing the world; we are more united than we think. As world leaders prepare to gather once again at the opening of the UN General Assembly in New York, will they come together to respond in a concerted, ambitious way that meets this critical moment in human history? Citizens are way ahead of politicians in terms of accepting the scale of support needed, favoring longer-term solutions that address systemic inequality and injustice. Our leaders need to get with the programme before it is too late.”

Yamide Dagnet, Open Society’s director of Climate Justice, added, “We shouldn’t be surprised that so many people around the world cite climate change as the most important challenge facing the world—the climate crisis is inextricably linked to the turmoil we are witnessing worldwide. Without meaningful action, it will compound further these crises. Yet again, the public are ahead of policy makers on climate action.”

Participants of this survey, from 22 countries across seven global regions, were asked a range of questions across subjects including Russia’s war in Ukraine; the fall-out from the COVID-19 pandemic; the need for international climate action; and the current cost-of-living crisis. The survey tracked sentiment towards a number of policy options, which could help address these respective challenges in the short, medium, and long term. 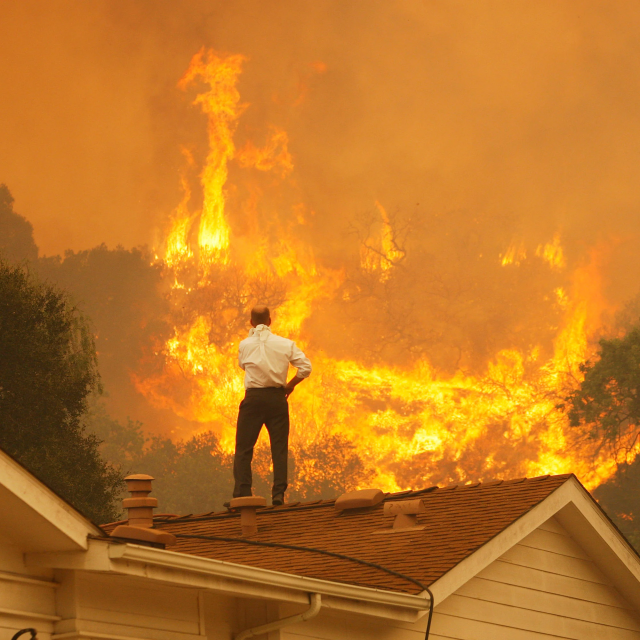 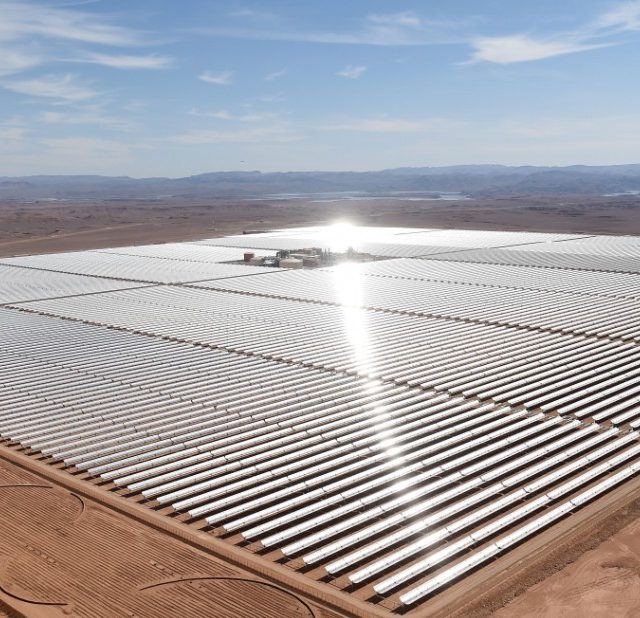