Skip to content
You are here
Home > Latest > Brexit past, present and future

It is six years since the Brexit referendum, heralded by the winners as a new dawn of opportunity for the United Kingdom – freed from the shackles of Brussels. Vox Populi, Vox Dei: the voice of the people was the voice of God, so of course the outcome had to be obeyed. The people would take back control and newly-liberated Global Britain would set its own laws, writes Philip Bushill-Matthews.

It is three years since Boris Johnson won a resounding election victory on the basis of an ‘oven-ready deal’. The electorate had voted Out for a variety of reasons, but while Theresa May put forward many different options, all were voted down by different factions. The country tired of the debate and wanted to ‘Get Brexit Done’. With Boris the UK could have its cake and eat it, with no tariff or non-tariff barriers and no new borders erected in Northern Ireland. It was to be Win Win….

As a former Conservative MEP I campaigned vigorously for Remain, as the promises of Brexit paradise seemed total fantasy. For me, the issue of non-tariff barriers was central, as the extra paperwork and delay for goods now entering the Single Market from outside would not only be costly but time-consuming, putting many just-in-time international trading relationships at risk. But the issue of Northern Ireland was also fundamental, as the Good Friday agreement commits to no borders within the island of Ireland whereas Britain being outside the EU meant there had to be borders somewhere.

So, what Brexit freedoms have actually been realised? We have no mega-trade deal with the US and will certainly never get one if we renege on the Northern Ireland Protocol. We have effectively ruled out a trade deal with China by banning Huawei from our communications systems and nuclear energy programme (rightly in my view).

We have the lowest unemployment for many years (because we are so short of Europeans to pick our crops, vet our animals, staff our restaurants and look after our elderly). We prefer slogans to strategy, promising levelling up for the poorer northern regions while axing the extension of the HS2 rail link to key northern cities. We have been promised a high wage high growth economy which without productivity gains will make us less competitive in world markets than we already are. Our economy is down at least 4% entirely due to Brexit, with a loss of up to £80 billion to our economy – so much for saving £300 million a week for the NHS…..

Farmers who voted for Brexit against their trade union advice are lamenting the loss of subsidies as well as markets. Fisherfolk, deemed a priority by Boris, now have restrictions on the sale of fresh seafood. Researchers are on the brink of losing access to the Horizon programme, and our key financial services sector, ignored by Boris in his oven-ready deal, is having its dominance slowly chipped away.

The Government is flailing around trying to decide which EU rules to discard, even though during my time in the European Parliament over 97% of EU laws were either proposed by or supported by the UK which mean they were our laws in the first place! While it would be heresy for any current politician to admit that May’s proposal for some form of customs union would have been a better deal, I am amazed that business organisations have been equally timid in failing to point this out.

Finally Boris seems determined to break international law, disclaiming the Northern Ireland protocol which he negotiated and signed. The danger of forcing the EU to retaliate by scrapping the existing trade deal is getting closer by the day. Meanwhile the very nature of the United Kingdom is now at risk with the futures of Northern Ireland and Scotland both increasingly uncertain.

The Conservative and Unionist party I was proud to support in the past has lost its way and lost its soul. Lord Patten, former party chairman puts it more pithily: “we are now run buy an English Nationalist party with a cult of Johnson”. The recent vote of no confidence in the PM by over 40% of his own MPs hopefully marks the beginning of the end.

But it will take not just a change of Leader. Only a change of Government and change of direction will sort out the mess. Only then can we move on.

It is nearly 1300 years since the Anglo-Saxon Alcuin wrote to Charlemagne: “Never listen to those who keep saying that the voice of the people is the voice of God, since the riotousness (tumultuositas) of the crowd (vulgi) is always very close to madness”.

He added that people needed to be led not followed. Wise man, this Alcuin: if only he were Prime Minister.

The Author, Philip Bushill-Matthews, is the former Leader of the British Conservatives in the European Parliament. 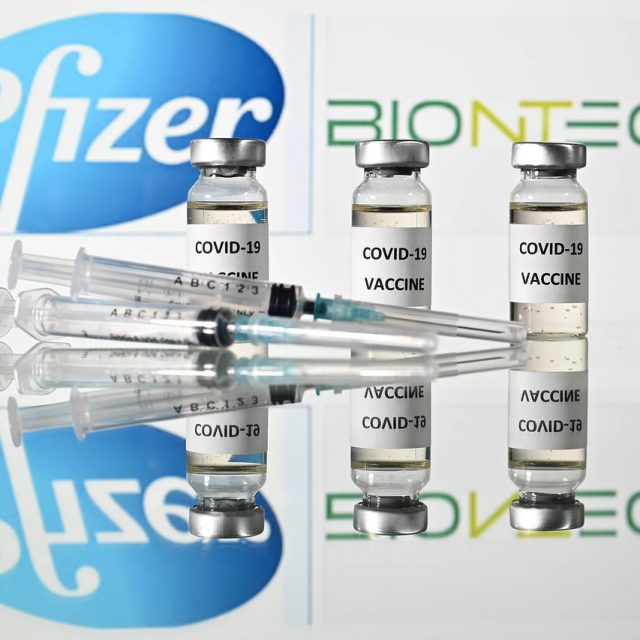