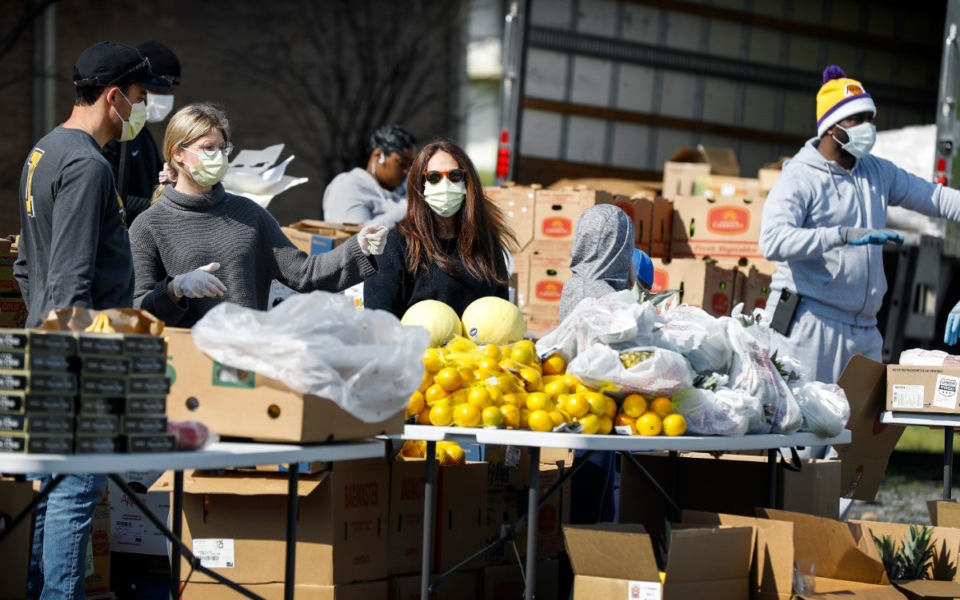 Families struggling to put food on the table during the Covid-19 crisis face a delay in receiving additional help due to needless extra red tape in distributing funding, UK councils warn today.

The UK Government last month announced £63 million to provide help directly to households on the breadline to afford food and other essentials during this difficult time.

However, the District Councils’ Network, which represents 187 district councils in England with the statutory responsibilities for welfare, benefits, housing and homelessness, is warning the way that funding will be distributed will create needless delays, confusion and bureaucracy, meaning vulnerable households suffer unnecessarily.

This follows the Department for Environment, Food and Rural Affairs’ (Defra) decision, confirmed in a letter, to bypass district councils and channel the funds via county councils most of which have no ready distribution channel for passing direct assistance to families in need.

District councils know those in greatest need and have the mechanisms through direct help hubs, assistance schemes and local volunteer networks – such as with food banks and local charities – to quickly get help to those on the breadline. They have the benefit records already set-up, and in most cases have bank details to make immediate direct payments to those in need.

But as a result of Defra’s decision, county councils will have to establish costly new bureaucracies, build new relationships with communities, and identify those who need the support in a wholly unnecessary duplication and diversion of effort.

Districts will do all they can to work with their county colleagues to ensure this funding best reaches those in need as quickly as possible, however it will cause unnecessary delay when people need support now.

It comes as recent DCN research found that nearly half a million people are paying more than half their income on private rent, including 108,000 lone parents, who will most likely be in need of the important help.

The DCN is calling on Defra to rethink its decision so that people don’t risk missing out on vital support during this difficult period, and also for significant increase in support for those at the sharp end of the economic crisis.

“Defra has got this wrong.  As Britain faces an unemployment crisis the need is to help families now targeted through existing mechanisms and distribution channels to the people in greatest hardship who turn to their district council.

“There is a real risk that, because of unnecessary red tape and delay, many families and children on the breadline won’t get the support they need now.

“District councils have led the local humanitarian effort during this crisis. We have delivered the final mile solutions that have seen no fridge left unfilled in 60 per cent of this country where over 20 million people live.

“It beggars belief that Defra, who have responsibility for food, has failed to see this, ignoring other government departments that have sensibly channelled similar hardship funding through us.

“It is not too late for them to see sense.  And they must do. The need is to get vital funding out to those that need it straight away and not to create a wasteful bureaucracy when we all have better things to do.”

The District Councils’ Network (DCN) is a cross-party member led network providing a single voice to 187 district councils. District councils in England deliver 86 out of 137 essential local government services to over 22 million people – 40 per cent of the population – and cover 68 per cent of the country by area. They play a key role in local communities, providing services such as building homes, collecting waste, regenerating town centres, preventing homelessness, keeping streets clean and maintaining parks.